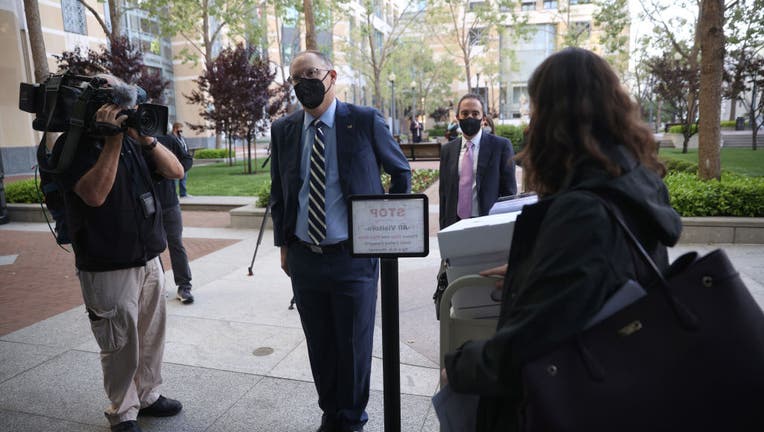 OAKLAND, CALIFORNIA - MAY 03: Epic CEO Tim Sweeney arrives at federal court on May 03, 2021 in Oakland, California. Apple and video game maker Epic games are appearing in court. today to begin hearing arguments to determine if Apple is running a mono

SAN RAMON, Calif. - If Epic Games hopes to dismantle the fortress surrounding Apple's iPhone and its app store, the video game maker probably will need to roll out some heavier artillery heading into the second week of a trial threatening Apple's $2 trillion empire.

So far, at least, Epic has been having trouble proving its allegations that the iPhone maker's 13-year-old app store has turned into an illegal monopoly.

Epic, the maker of the popular Fortnite game, contends Apple has been gouging app makers by charging commissions ranging from 15% to 30% for in-app transactions because it forbids other options on its iPhone, iPad and iPod. When Epic tried to evade the commissions with an alternative payment system in Fortnite last August, Apple ousted it from the app store to set up a legal showdown that could force it to lower its fees.

Apple contends the commissions are a reasonable toll paid by a minority of the 1.8 million apps in its store to help cover the more than $100 billion it has invested in mobile software. The Cupertino company also maintains its ironclad control over apps allowed on its mobile devices helps protect its customers' security and privacy.

At times, it seemed like Cary, North Carolina-based Epic was helping make Apple's case as much as its own during the the first week of the trial being held in an Oakland, California, courtroom. 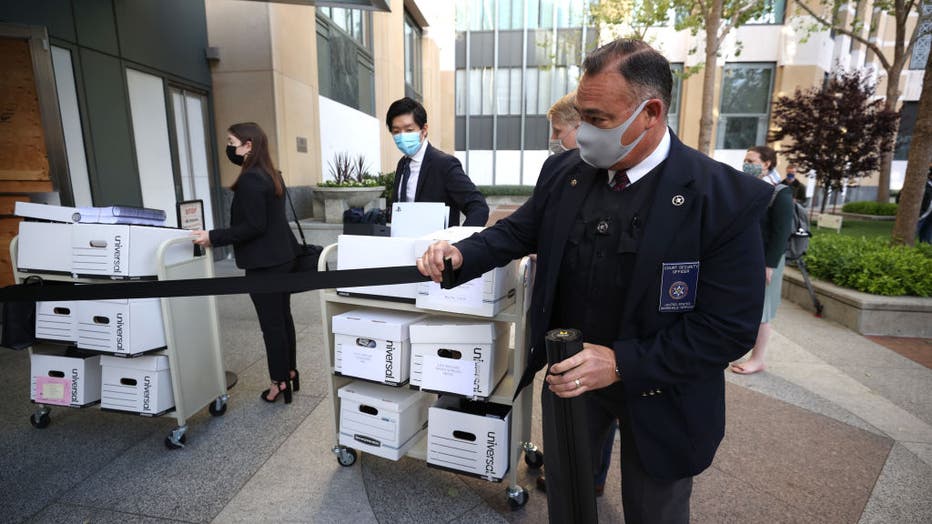 OAKLAND, CALIFORNIA - MAY 03: A security guard sets up a stanchion as Legal staff for Epic Games push a cart with boxes of paperwork into federal court on May 03, 2021 in Oakland, California. Apple and video game maker Epic games are appearing in cou

For instance, at one point during his two days on the witness stand, Epic CEO Tim Sweeney acknowledged he personally used an iPhone instead of smartphones running on Google's Android software because he thought Apple offered better security and privacy controls.

Sweeney also acknowledged Apple made changes to iPhone's software to help make it possible for Fortnite players to compete against each other while one was on a phone and the other was on a video game console. The expansion of so-called "cross-platform" play helped propel Fortnite's growth to more than 400 million users.

Other internal documents showed Epic's executives profusely thanking Apple for the support Fortnite was getting in the app store.

Other evidence raised questions about whether Epic's efforts to create a competing app store that imposes a commission of only 12% will pay off. The store is expected to post a profit ranging from $15 million to $36 million by 2024, but it will still have run up cumulative losses $654 million to $854 million, according to Epic's internal projections presented at the trial.

Apple's store, by contrast, quickly became highly profitable shortly after it opened with just 500 apps in 2008 — a year after the debut of the first iPhone. Epic has repeatedly pointed to evidence that Apple's late co-founder Steve Jobs initially didn't expect the app store to be a profit center, but then apparently changed his mind after it accumulated $2.1 billion in billings during 2010, according to an Apple slide presentation.

The trial hasn't yet revealed just how profitable Apple's app store has become. Apple doesn't disclose the store's financial results, but it is an important part of the company's steadily growing services division, which generated $57 billion in revenue last year alone. The success of those services coupled with the iPhone's ongoing popularity is a key reason why Apple currently boasts a market value of $2.2 trillion — more than any other U.S. company. In contrast, privately held Epic is valued at nearly $30 billion.

More financial details about Apple's app store are expected to be presented during the trial's second week. Perhaps the most revealing moments may come when one of Epic's experts, Ned Barnes of the Berkeley Research Group, takes the stand to discuss his analysis of the app store's profits.

Apple unsuccessfully tried to convince U.S. District Judge Yvonne Gonzalez Rogers to close the courtroom during Barnes' testimony because his financial analysis "unduly confuse" investors and cause wild swings in its stock.

But even if the app store's profits are higher than anyone fathomed, that won't necessarily help Epic prove its allegations that Apple is running a monopoly that hurts competition.

"Being successful is not an antitrust violation in and of itself," said Daniel Lyons, a Boston College law professor. "The argument that your prices are much higher than your costs may play well to a lay audience, but it doesn't hold up legally."

For all the drama, Lyons and other experts say the decision that will ultimately be made by the judge during this non-jury trial will boil down to market definitions. Epic contends the iPhone has become a market by itself, while Apple argues it should also include other devices, including video game consoles such as Microsoft's Xbox and Sony's PlayStation that also charge 30% commissions on gaming transactions.

"If I were a betting man, I would certainly say Apple has the stronger case under existing case law," said Larry Downes, project director of Georgetown University's Center for Business and Public Policy. "You have to put yourself in the standpoint of the consumer, and that's what the judge really has to do. If it's not harming consumers, then this is just a contract dispute between two companies, with one of them trying to use litigation to renegotiate the terms."