DUBLIN, Calif. - As the unprecedented sex abuse case involving the former warden of the federal all-women's prison in Dublin heads toward trial, prosecutors revealed what evidence they have against Ray J. Garcia – who they say took nude photos of incarcerated women, sent them pictures of his penis and often gave them candy to groom them for more sexual abuse.

Meanwhile, Garcia, 55, of Merced, is trying to fight the use of these photos and limit the penis pictures to not more than "one or two," his attorneys wrote in U.S. District Court filings last week. Garcia was the associate warden of FCI Dublin from December 2018 to November 2020, when he was promoted to warden.

Garcia was first charged with sex crimes in September 2021, and the prison is now being run by Warden Thahesha Jusino.

The government attorneys contend all the photos are relevant, especially since they anticipate that Garcia's defense team will try to discredit the incarcerated women testifying because all have been convicted of felonies.

"This trial is a really, really big deal," San Francisco attorney Kara Janssen said of the upcoming trial. "I cannot recall something like this ever happening."

Janssen's firm, Rosen Bien and Galvin & Grunfeld, sued FCI Dublin in 1995 over the sexual abuse of three women and no officers were charged back then. Her firm is now working with Centro Legal de La Raza in Oakland to counsel incarcerated sex abuse survivors at FCI Dublin.

"It's not often that a warden gets caught with a government computer and phone full of pornographic images of incarcerated people," said Susan Beaty, an attorney with Centro Legal. "I think the sort of salaciousness of his conduct is part of what drew attention to Dublin. And I think once people started to pull the curtains back, it became very clear that, you know, the warden was just the tip of the iceberg and that this is a deep, systemic issue that has pervaded Dublin for years. " 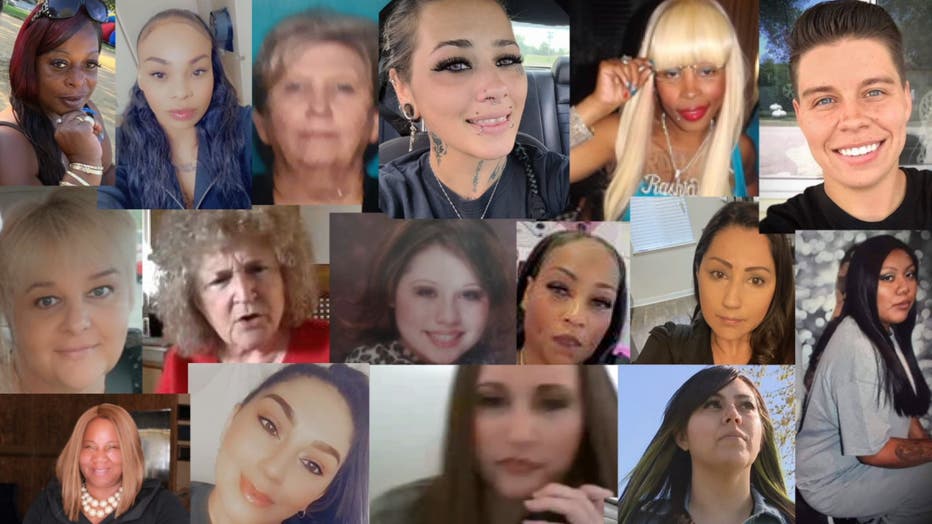 KTVU interviewed, emailed and read the written testimony of more than three dozen women who are currently incarcerated at or released from custody from FCI Dublin about the sexual abuse and retaliation that occurs there.

Five correctional officers have been charged with sex abuse crimes at FCI Dublin – the most of any federal prison in the United States. Three guards have pleaded guilty. Only Garcia and John Russell Bellhouse of Pleasanton have maintained their innocence.

Garcia is being represented by James Reilly, who has repeatedly declined comment. U.S. attorneys Andrew Paulson and Molly Priedeman are prosecuting the case. They also have declined comment.

In August, the U.S. Attorney's Office charged Garcia in an eight-count superseding indictment, accusing him of sexual abuse of a ward and sexual abusive contact of three women. He is also charged with making false statements to a government agency. He is specifically charged with the sex abuse of three women, identified as Victims 1, 2 and 3.

Eleven more women who are incarcerated at FCI Dublin are also on the witness list to testify for the prosecution.

Prosecutors also provided a list of evidence they will introduce at trial including recorded phone calls, naked photographs of the women, photos of Garcia's penis found on his prison cellphone, and calendar notations.

The government has laid out much of their case in court filings. Some anticipated testimony includes:

Victim 1 is expected to testify that she was in a sexual relationship with Garcia from approximately December 2019 to March 2020. One time, she will testify, he kissed her, grabbed her breasts, pulled her pants down and made him stroke her in the visitor's bathroom.

She is expected to testify that even though she had feelings for Garcia, the interaction was "rough and uncomfortable."

As soon as she arrived there, Garcia began flattering her, giving her candy and offering to transfer to a facility closer to her family. Specifically, he handed her a candy cane and ordered her to insert it into her vagina. Another time, he threw candy at her feet after she stripped for him.

She will also testify that Garcia made her undress for him while he did his rounds and he took photographs of her on his cellphone. He showed her several photographs of his penis; at least one of them had semen coming out of it, prosecutors said.

VICTIM 2: Warden asked her to be naked on his rounds

Victim 2 will testify that shortly after she arrived at FCI Dublin in 2019, Garcia began flirting with her.

Eventually, he asked her for a picture of herself, showed her pictures of his penis, promised he would sign her compassionate release paperwork, and told her he wanted to be with her when she was released from prison.

Victim 2 will also testify that Garcia asked her to be naked when he did his rounds.

On several occasions, he would stand outside her window while she was naked, Victim 2 will testify.

Victim 3 is expected to testify that Garcia started flirting with her in approximately May 2019.

Garcia complimented her, told her personal information, asked her for naked photographs of herself, showed her pictures of his penis, and asked her to strip for him.

Once, Victim 3 said that Garcia kissed her while she was backed against a wall at FCI Dublin, and put his hands on her buttocks.

He also told her that he was friends with the investigator at FCI Dublin, and told her details of pending investigations into other correctional officers.

She is also expected to testify that before she left the prison, Garcia gave her an email address that she could use to contact him, rememberpockets@gmail.com, and that the two wrote each other while she was at a halfway house,

Victim 3 is also expected to testify that while she was at the halfway house, she video chatted with Garcia on several occasions. On at least one occasion, Garcia undressed and touched himself, and Garcia told her to undress and touch herself, which she did. The government intends to introduce several photographs seized from Garcia’s personal computer that depict these screenshots.

The FBI is also alleging that Garcia lied to investigators when he was interviewed on July 22, 2021.

During the recorded interview, Garcia was asked if he had ever inappropriately touched an inmate.

He replied "No. We don’t touch. The men don’t touch the inmates here at all."

Garcia was also asked if he had ever stopped and looked at a female inmate while she was in her cell naked.

Garcia responded that "we see inmates dressing and stuff… and if they’re undressing, I’ve already looked."