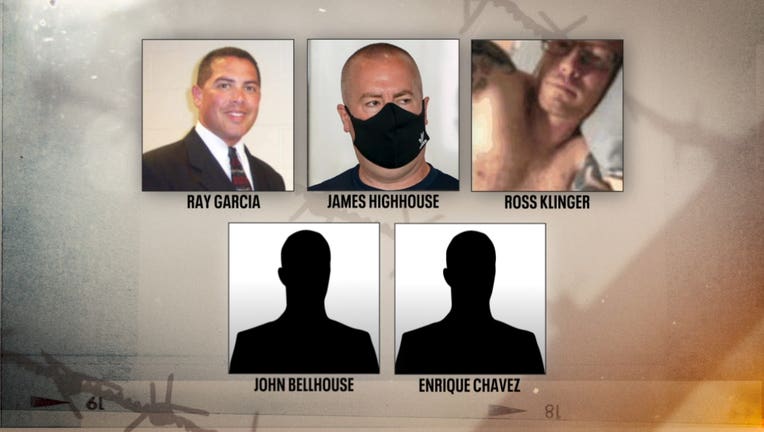 Five correctional officers at FCI Dublin have been charged with the sexual abuse of a ward.

DUBLIN, Calif. - The Department of Justice on Thursday announced new charges against a former Dublin prison officer, accusing him of having sex with two more incarcerated women at the federal facility.

John Russell Bellhouse, 39, formerly of Pleasanton had already been charged with having sex with one woman between February and October 2020, to which he has entered a not guilty plea.

But the superseding indictment charges him with a total of three sex assault charges, after two more women said he engaged in abusive sexual contact as early as 2019, federal prosecutors said.

Prosecutors allege he engaged in sexual activity, fondling and oral copulation with the women in the the prison's safety office.

"The additional charges unsealed today demonstrate the priority the Department of Justice has placed on prosecuting cases of sexual misconduct by Bureau of Prison employees," Deputy Attorney General Lisa O. Monaco said in a statement. "We have no tolerance for correction officers who betray the trust placed in them to safely and humanely care for those in their custody."

Bellhouse is next scheduled for a court appearance on Oct. 13 in U.S. District Court in Oakland before United States District Judge Yvonne Gonzalez Rogers.  A jury trial is currently set for June 5, 2023.

Bellhouse is one of five officers – including the former warden – to face sex abuse with a ward charges at FCI Dublin – the most sex charges against officers of any prison in the United States.

Only one of those officers has officially been punished. Former prison chaplain James Highhouse was sentenced to seven years in prison earlier this month.

Two of the officers – Ross Klinger and James Highhouse – have pleaded guilty to the crime of sexual abuse of a ward. Former cook Enrique Garcia is scheduled to plead guilty on Oct. 27.

Former Warden Ray J. Garcia – who is charged with molesting a woman and ordering another to strip while he took pictures of her – entered a not guilty plea and is headed to trial.