A judge on Friday sentenced a former U.S. Air Force sergeant to 41 years in federal prison for fatally shooting a security guard outside the Oakland federal courthouse during George Floyd protests two summers ago.

SAN FRANCISCO - A judge on Friday sentenced a former U.S. Air Force sergeant to 41 years in federal prison for fatally shooting a security guard outside the Oakland federal courthouse during George Floyd protests two summers ago.

That was the plea deal that 33-year-old Steven Carrillo had signed earlier this year for shooting and killing federal protective service officer David Patrick Underwood, and wounding a second officer on May 29, 2020, in Oakland.

If he didn't take the plea, he could have faced the death penalty.

He is accused of driving to Oakland with Millbrae resident Robert Alvin Justus Junior, and taking advantage of the distraction afforded by protesters marching through the city’s downtown, before firing his gun.

Last week, a park in Aptos was named for Gutzwiller.

Carrillo did not address the court during his sentencing. 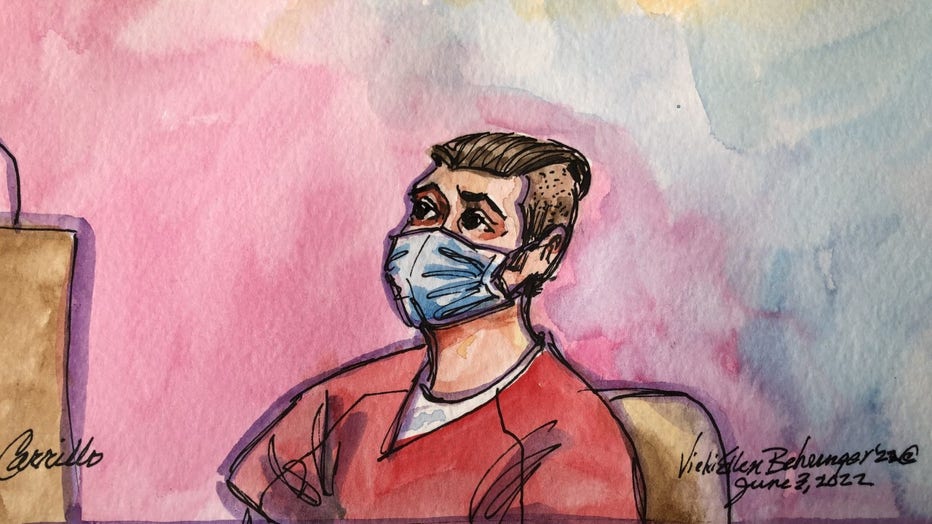 Prosecutors say Carrillo had ties to the "boogaloo" movement, a concept embraced by a loose network of gun enthusiasts and militia-style extremists. The group started in alt-right culture on the internet with the belief that there is an impending civil war, according to experts.

After the sentencing hearing, she said, "Forty-one years doesn't seem like nearly enough time to take a life."

She said of her brother, "As I'm thinking about him today, I hope he feels that justice was served, that we did the best that we could have done for him."

Trinity Jacobs, the victim's niece said, "At the end of the day, 41 years is not enough and it never will be." She added, "He needs to know that he is nothing."

Michael Jacobs, Underwood's brother in law said, "His actions were deplorable, because he knowingly went after our brother in an effort to start a riot and a race war."

KTVU's Henry Lee and the Associated Press contributed to this report.