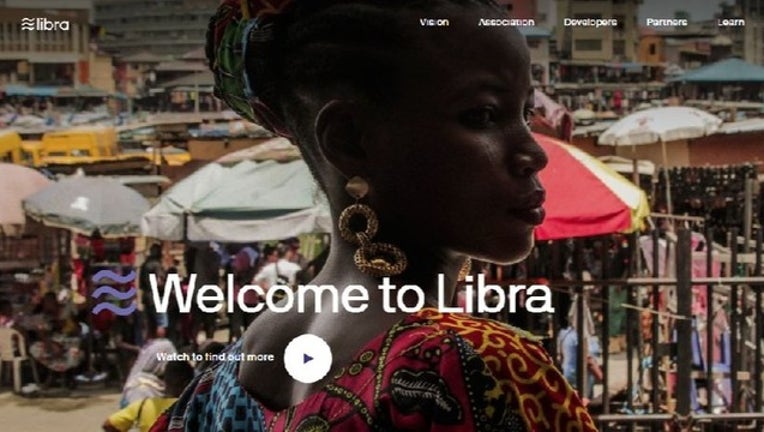 SAN FRANCISCO (AP) - Facebook already rules daily communication for more than two billion people around the world. Now it wants its own currency, too.

The social network unveiled an ambitious plan Tuesday to create a new digital currency similar to Bitcoin for global use, one that could drive more e-commerce on its services and boost ads on its platforms.

But the effort, which Facebook is launching with partners including PayPal, Uber, Spotify, Visa and Mastercard, could also complicate matters for the beleaguered social network. Facebook is currently under federal investigation over its privacy practices, and along with other technology giants also faces a new antitrust probe in Congress .

Creating its own globe-spanning currency - one that could conceivably threaten banks, national currencies and the privacy of users - isn't likely to dampen regulators' interest in Facebook.

"It's a bold and strategic move that has clear risks as well as opportunities tied to it," said Wedbush Securities analyst Dan Ives. "This could raise further raise yellow flags as more regulators focus on Facebook."

David Marcus, the head of Facebook's cryptocurrency operation, said in a tweet Tuesday that Facebook is creating a separate subsidiary, Calibra, to handle the new currency. He said feedback from customers has been "loud and clear" about keeping social media and financial data separate.

"We understand we will have to earn your trust," he wrote.

The digital currency, called Libra, is scheduled to launch sometime in the next six to 12 months. Facebook is taking the lead on building Libra and its underlying technology; its more than two dozen partners will help fund, build and govern the system. Facebook hopes to raise as much as $1 billion from existing and future partners to support the effort.

Company officials emphasized that Libra is a way of sending money across borders without incurring significant fees, such as those charged by Western Union and other international money-transfer services. Fees typically start at a few dollars but can be much higher when paying with a credit card. Shares in Western Union fell 2% in morning trading.

Libra could also open up online commerce to huge numbers of people around the world who currently don't have bank accounts or credit cards.

"If you fast forward a number of years, consumers all over the world will have the ability to access the world economy," Facebook executive David Marcus said in an interview with The Associated Press.

Facebook also could use its own currency to drive more people to make purchases from ads on its social media sites, said Gartner analyst Avivah Litan, who based her comments on press reports about Libra that preceded Facebook's formal announcement. "This is about fostering more sales within an ad to get more business from advertisers to make ads more interesting on Facebook," she said.

Backing by familiar corporations might also make Libra the first Bitcoin-like currency with mass appeal. Such "cryptocurrencies" have generally failed to catch on despite a devout following among curious investors and innovators. Bitcoin itself remains shrouded in secrecy and fraud concerns, not to mention wild value fluctuations, making it unappealing for the average shopper.

Webush analyst Ives said how well it is received will boil down to execution and "how comfortable consumers feel around Facebook and cryptocurrency."

Libra will be different, Facebook says, in part because its value will be pegged to a basket of established currencies such as the U.S. dollar, the euro, the yen and others. Each purchase of Libra will be backed by a reserve fund of equal value held in real-world currencies to stabilize Libra's value.

To be sure, recent history reminds us that many big Facebook announcements never really take off. Two years ago, for instance, Facebook CEO Mark Zuckerberg promised that "augmented reality ," in which phones and other devices project digital images into real-world surroundings, would be a major focus for the company. Such AR applications remain all but invisible today. Same goes for the online shopping chatbots that Zuckerberg unveiled a year earlier, saying they would revolutionize e-commerce in its Messenger app.

Facebook won't run Libra directly; instead, the company and its partners are forming a nonprofit called the Libra Association, headquartered in Geneva, that will oversee the new currency and its use. The association will be regulated by Swiss financial authorities, Facebook said.

"No single company should operate this," Marcus said. "It should be a public good."

Facebook's new Calibra subsidiary is developing a digital wallet app to make it easier for people to buy, send and use Libra.

Libra partners will create incentives to get people and merchants to use the coin. That could range from Uber discounts to a Libra bonus paid when users set up a Calibra wallet, although the companies haven't laid out specifics.

Many privacy questions remain unanswered, though. Cryptocurrencies such as Libra store all transactions on a widely distributed, encrypted "ledger" known as the blockchain. That could make the Libra blockchain a permanent record of all purchases or cash transfers every individual makes, even if they're stored under pseudonyms rather than real names. Facebook said people can keep their individual transactions from appearing on the blockchain by using Calibra's wallet app, though in that case, Calibra would have your data instead.

Calibra pledges that it won't share transaction data from details of Libra user's financials with Facebook unless compelled to do so in criminal cases. Still, if people are using Facebook products to buy things and send money, it's possible Facebook will be able to track some data about shopping and money transferring habits.

Calibra won't require users to have a Facebook account to use Libra. And it will allow people to send Libra back and forth on two of Facebook's core messaging apps - WhatsApp and Messenger. Instagram messages won't be included, at least at first.

Earlier this year, Zuckerberg announced a new privacy-focused vision for the company after months of backlash for its treatment of personal customer information. Zuckerberg's vision - which has mostly not been detailed publicly - will rely heavily on privacy-shielded messaging apps in an attempt to make the services more about private, one-to-one connections.

Many analysts believe Zuckerberg wants to create a U.S. version of the Chinese service WeChat, which combines social networking, messaging and payments in a single app. Libra would take Facebook a step closer to that end.