In part Facebook CEO Mark Zuckererg wrote, "We have a responsibility to protect your data, and if we can't then we don't deserve to serve you. I've been working to understand exactly what happened and how to make sure this doesn't happen again. The good news is that the most important actions to prevent this from happening again today we have already taken years ago. But we also made mistakes, there's more to do, and we need to step up and do it."

He gave a timeline of events beginning in 2007 when Facebook allowed more apps and sharing among friends. He wrote in 2013 a Cambridge University researcher, Aleksandr Kogan, created a personality quiz app. "It was installed by around 300,000 people who shared their data as well as some of their friends' data. Given the way our platform worked at the time this meant Kogan was able to access tens of millions of their friends' data," according to Zuckerberg's statement.

In 2014 Facebook changed the platform to limit the data apps could access, but in 2015 Facebook learned Kogan had shared data from his app with Cambridge Analytica, according to Zuckerberg's statement.

"Last week, we learned from The Guardian, The New York Times and Channel 4 that Cambridge Analytica may not have deleted the data as they had certified. We immediately banned them from using any of our services. Cambridge Analytica claims they have already deleted the data and has agreed to a forensic audit by a firm we hired to confirm this. We're also working with regulators as they investigate what happened," wrote Zuckerberg. Read Zuckerberg's full statement below.

Facebook Chief Operating Officer Sheryl Sanberg  wrote in a Facebook post, "Sharing Mark's post addressing the Cambridge Analytica news. As he said, we know that this was a major violation of peoples' trust, and I deeply regret that we didn't do enough to deal with it. We have a responsibility to protect your data - and if we can't, then we don't deserve to serve you.

We've spent the past few days working to get a fuller picture so we can stop this from happening again. Here are the steps we're taking. We're investigating all apps that had access to large amounts of information before we changed our platform in 2014 to dramatically reduce data access. And if we find that developers misused personally identifiable information, we'll ban them from our platform and we'll tell the people who were affected.

We're also taking steps to reduce the data you give an app when you use Facebook login to your name, profile photo, and email address. And we'll make it easier for you to understand which apps you've allowed to access your data.

You deserve to have your information protected - and we'll keep working to make sure you feel safe on Facebook. Your trust is at the core of our service. We know that and we will work to earn it."

Ryan Eldridge of Nerds on Call spoke with KTVU about what happened in Facebook’s massive data breach and how to best protect your personal data.

The data breach stemmed from a survey that a Cambridge University scholar put up online. "It was a personality test and about 270,000 people participated in the personality test. What nobody really knew was this was also going out and scraping friends and family. Anyone that was connected to that test - it was scraping their data as well. This was a breach of up to 50 million users. And here's the thing. At the time in 2014 this was totally cool. There was nothing wrong with this,” said Eldridge.

There are demands the Federal Trade Commission investigate, which could result in Facebook being hit with fines of close to $1 trillion, according to one legal expert.

Following the data breach there are calls for people to leave the social networking giant. The hashtag #deletefacebook has been trending. Fox News reports WhatsApp co-founder Brian Acton, who sold his company to Facebook for $19 billion in 2014, was among those calling for customers to delete their Facebook accounts.

For those who opt to keep using Facebook, Eldridge cautions it's not only posts we participate with - downloaded apps can also be privacy concerns. "It's not too hard to figure out where our political leanings are based on the pages we visit, the news stories we read and things like that," said Eldridge. He suggests deleting any apps attached to Facebook that you no longer use.

Next, click apps and delete any apps you no longer use to button up your security. 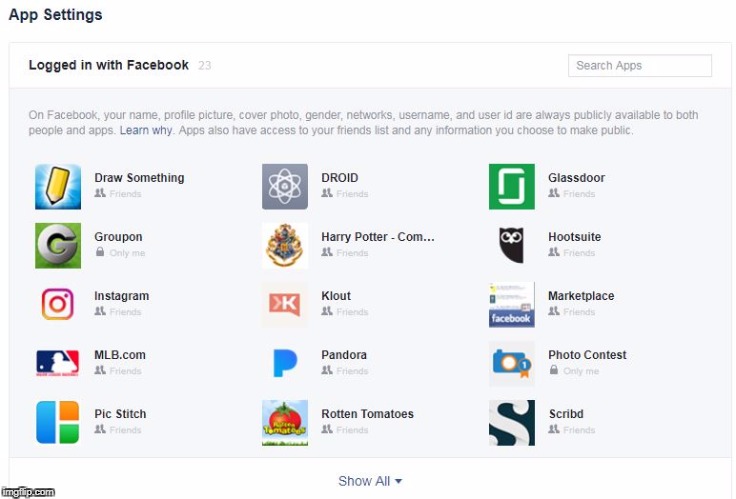 There is also a section in the settings area where you can see what Facebook knows about you. "This isn't by far a complete list because Facebook not only tracks your usage while on the site, but it also tracks your usage while you're just cruising around the Internet. If you've logged into your Facebook account on your browser at any time it's going to track you whether you want to or not. Whether you are going to Google, or whether you're going to political websites or whether you're looking at home shopping sites," said Eldridge.

You can click around to see what Facebook already claims to know about you under Your Interests - under the headings of Business and Industry, News and Entertainment, Hobbies and Activities, etc.

Facebook may even claim to know your political preference. You can see if they are right by clicking 'Your information.' 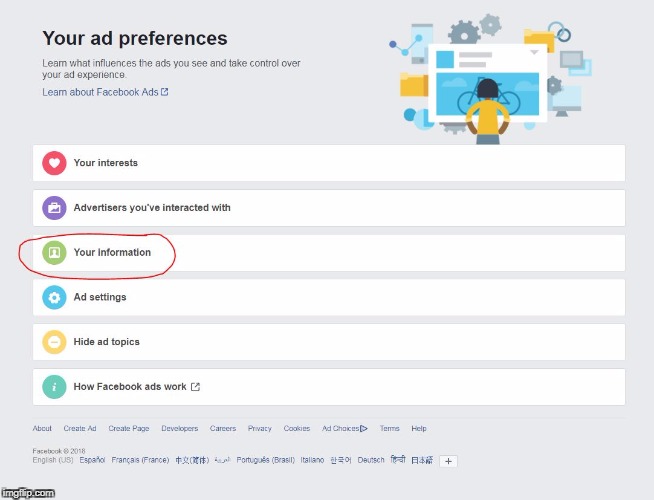 Then next to 'About You' you will see a heading that says 'Your Categories.' Click that and it will have information including what type of device you use and your political preference. It may also show other personal details including if you're a parent.