SAN FRANCISCO - Facebook and its apps Instagram and Whatsapp appeared to be experiencing issues on Monday that resulted in connection trouble and the inability to load newsfeeds for thousands of users around the world, according to the company.

Facebook said late Monday that it's been working to restore access to its services and is "happy to report they are coming back online now." The company apologized and thanked its users for bearing with it. But fixing it wasn't as simple as flipping a proverbial switch. For some users, WhatsApp was working for a time, then not. For others, Instagram was working but not Facebook, and so on.

Facebook did not say what might have caused the outage, which began around 11:40 a.m. ET and was still not fixed more than six hours later.

The social media giant said it was aware of issues impacting its products and was working on a fix. Regarding the internal failures, Adam Mosseri, the head of Instagram, tweeted that it feels like a "snow day."

The largest issue appeared to be centered on Facebook itself with more than 125,000 people reporting problems with the website and the server connection. Users reported being unable to access Facebook in California, New York and Europe. 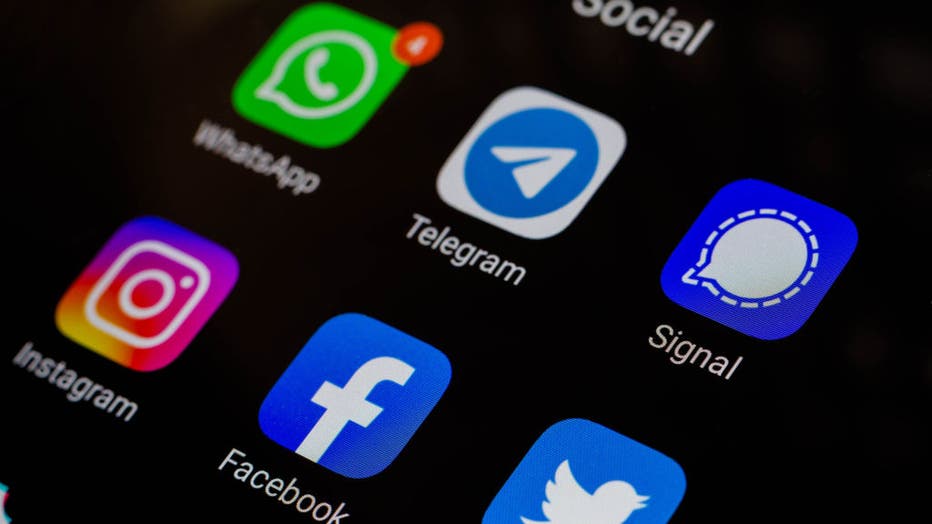 "We’re working to get things back to normal as quickly as possible, and we apologize for any inconvenience," Stone wrote.

Doug Madory, director of internet analysis for Kentik Inc., said it appears that the routes Facebook advertise online that tell the entire internet how to reach its properties are not available.

Madory said it looks like the DNS routes that Facebook makes available to the networking world have been withdrawn. The Domain Name System is an integral element of how traffic on the internet is routed. DNS translates an address like "facebook.com" to an IP address like 123.45.67.890. If Facebook’s DNS records have disappeared, no one could find it.

It is normal for websites and apps to suffer outages, though one on a global scale is rare. It also comes amid a major crisis at Facebook after a whistleblower exposed the company's alleged awareness of internal research into the negative effects of its products and decisions.

Frances Haugen was identified in a "60 Minutes" interview Sunday as the woman who anonymously filed complaints with federal law enforcement that the company’s own research shows how it magnifies hate and misinformation, leads to increased polarization and that Instagram, specifically, can harm teenage girls' mental health.

The information was first reported by the Wall Street Journal in a series of stories, called "The Facebook Files," which painted a picture of a company focused on growth and its own interests instead of the public good.

Facebook has tried to play down the research. Nick Clegg, the company’s vice president of policy and public affairs, wrote to Facebook employees in a memo Friday that "social media has had a big impact on society in recent years, and Facebook is often a place where much of this debate plays out."

Last week, Facebook also put a hold on the development of a kids' version of Instagram, geared toward children under 13, to address concerns that have been raised about the vulnerability of younger users.