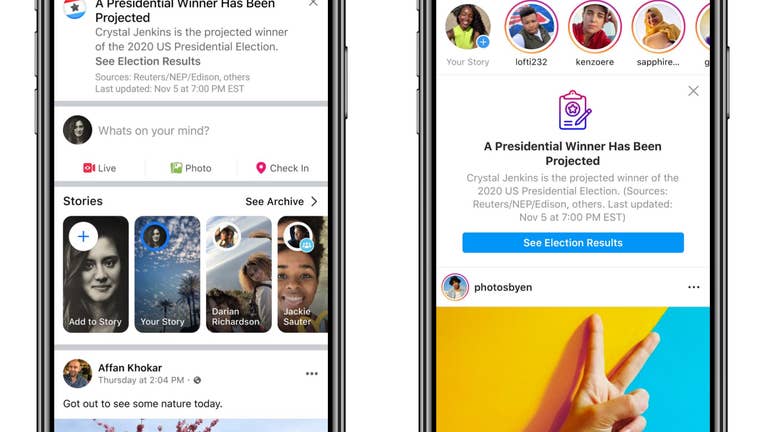 MENLO PARK, Calif. - Facebook announced that it would update notifications running across the top of Facebook and Instagram with the projected winner of the 2020 presidential election as soon as independent decision desks at major media outlets project the winner.

The social media giant said it would also label presidential candidates’ posts with a label announcing the projected winner.

The company noted Reuters, ABC, CBS, FOX, NBC, CNN and the Associated Press as some of the outlets they would cite when pushing a notification on their platforms.

“While several states continue to count votes, we wanted to share a reminder of the steps we’ll take to provide reliable information across our products once there is a projected presidential winner,” the company said.

The Biden campaign addressed uncertainty surrounding the state of the 2020 presidential election, including a rebuke of President Donald Trump's claims of victory and allegation of fraud.

“We will also start applying labels with the projected winner on all presidential candidates’ posts with a link to our Voting Information Center to see more about the election results,” Facebook wrote in another post.

With just a handful of states yet to be decided, Biden had an advantage over Trump in the still-developing election results, but the president did still have a narrow path to the 270 electoral votes needed to win reelection. To prevail, Trump would have to win all four remaining battleground states; Biden would have to win one. 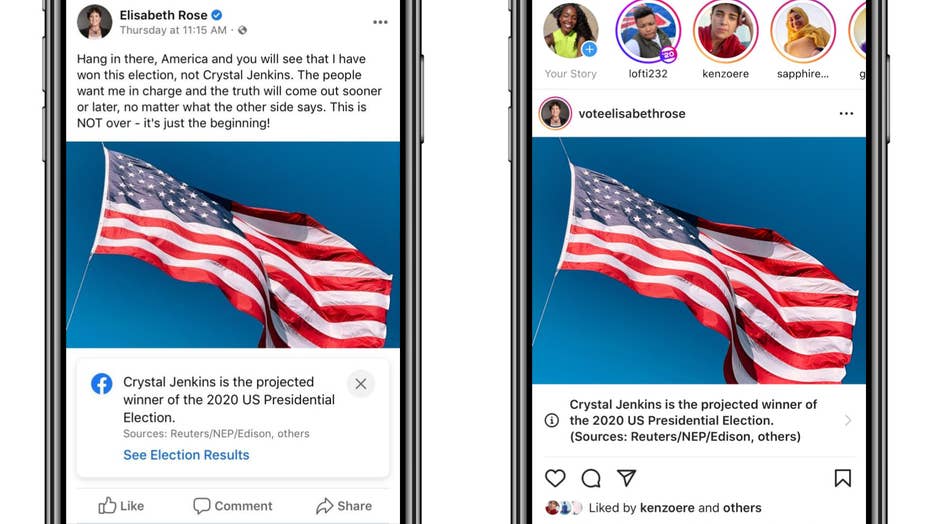 In the early hours after Election Day, the president made a premature declaration of victory.

Trump has been stewing over election results, spreading doubts about incoming voting results and claiming without evidence that Democrats were attempting to steal the election. Many of his posts have been flagged by both Facebook and Twitter for spreading misinformation.

“STOP THE COUNT!” he proclaimed in a tweet while votes in battleground states were still being tabulated. But the president has no authority over election counting and halting the count at that moment would have resulted in a swift victory for his Democratic rival, Joe Biden.