SAN JOSE, Calif. - The family of a man who was murdered Thursday in San Jose said the identity released by the coroner's office is incorrect. The family also said their loved one was not the intended target.

Shots were reported yesterday around 1:50 p.m. in the area of North San Pedro and West Hedding streets.

"These individuals were acting in a manner that attracted attention to them by the officers," said San Jose police spokesman Officer Steve Aponte.

Authorities have charged Zarate and Herrera in the murder of 20-year-old Malik Jackson, San Jose's 18th homicide. The Santa Clara County Coroner's Office lists the victim's last name as Johnson, but his family said that is incorrect. 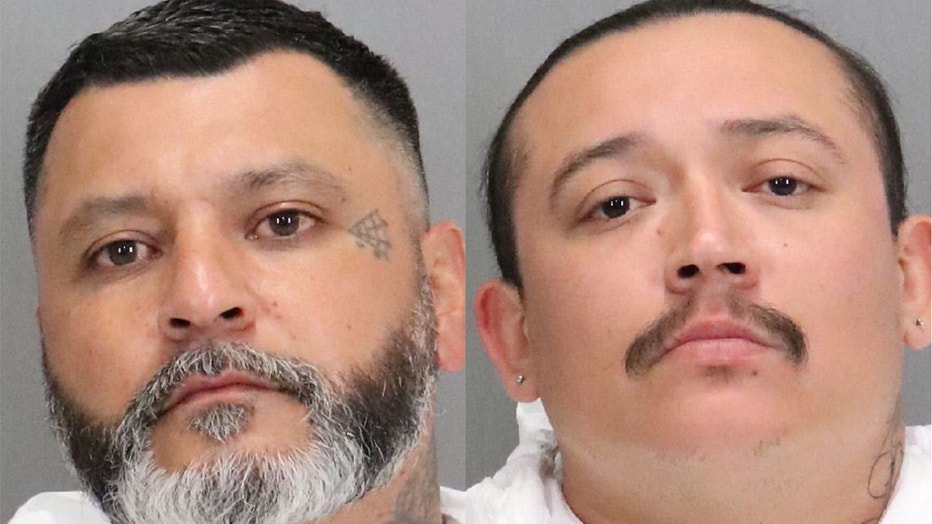 The victim's uncle, Jerome Daye, said, "He was just a really hard-working kid. I mean he loved football. I mean he wasn’t perfect. He had his troubles, but didn’t deserve this."

Daye said his nephew was at the Hall of Justice supporting a friend in a court case. He said Jackson left the building and walked to his car on North San Pedro. Daye said that’s when shots were fired.

Investigators said the victim was running with Zarate on North San Pedro Street, near West Hedding, after having been hit by gunfire.

"I just heard gunshots and someone running that way. And my kids were crying because they were scared. And the next thing you know, we looked and they were covering someone on the ground," said Tiffany Vargas after she witnessed the fatal shooting.

Jackson died from his wounds, within a block of the VTA mass shooting on May 26. Detectives said the crimes are not related.

"Whenever you have that retraumatization, people in the same area are living through it a second time," said Lisa Dadio, director of the Center for Advanced Policing at the University of New Haven. Added Aponte, "These amazing officers, had they not reacted so swiftly at that time, it’s very likely there could have been additional victims."

Investigators are working to determine the relationship between Zarate and Herrera and their connection to the homicide victim.

Daye said the shooting may have been retaliation against an unknown person, and his nephew was hit by gunfire instead.

"I guess the shooter had lost his son or something like that, but at the same time, that wasn’t my nephew. That wasn’t Malik," said Daye.