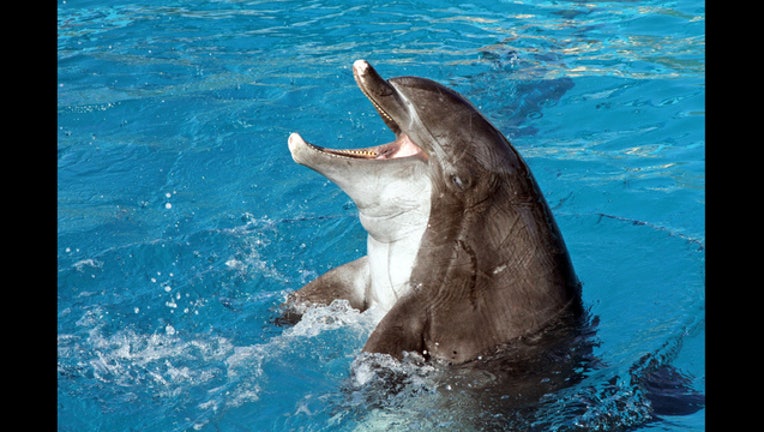 The cause of Semo's death is pending the results of a necropsy, but it's likely that old age was a contributing factor, officials with Six Flags Discovery Kingdom said.

The average dolphin's life span under human care is 25 years, and often 12 more years in the wild, according to data by the Alliance of Marine Mammal Parks and Aquariums.

Semo lived 54 years and spent the last six years as an animal ambassador to millions of guests at Six Flags.

"We feel so fortunate to have been a part of his life," Cameron said.

Semo arrived at Six Flags in 2012. His previous home was the Minnesota Zoo and for many years before that he lived at Sea World.

At Six Flags he was integrated into a primarily female dolphin social group for a few years before the arrival of a pair of males and a calf born at the park.

Six Flags Discovery Kingdom also cared for a 51-year-old female bottlenose dolphin that died in 2011 and cares for older dolphins that are now in their late 30s. With the proper geriatric care, a lack of predation and a healthy environment most animals can live longer expected.

More information and photos of Semo are available on Facebook.