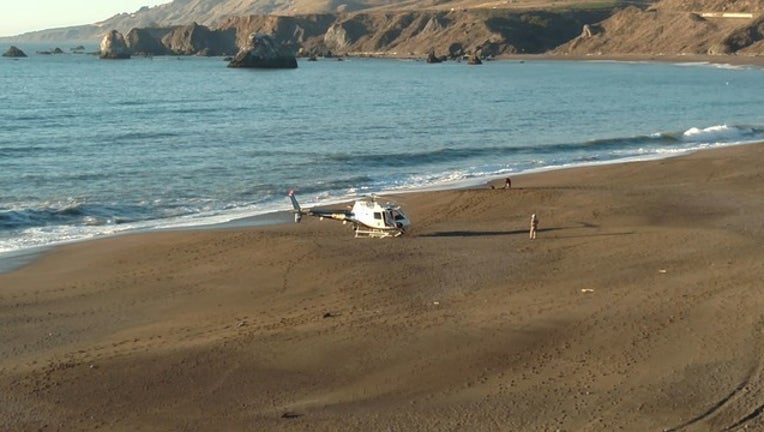 SANTA ROSA, Calif. (AP) - A man and his 6-year-old son drowned as the man tried to rescue the child from a powerful undertow off a Northern California beach, authorities said Monday.

The deaths occurred Sunday near the coastal town of Jenner at Goat Rock Beach, a stretch of shoreline known for dangerous currents.

The Sonoma County Sheriff's Department identified the victims as Omar Hernandez, 31, and his son, Axel Medina, 6. The two were from the city of Santa Rosa north of San Francisco.

The area is posted with signs warning of dangerous waves, but families often ignore both the signs and warnings from patrolling lifeguards, Lair said.

Sunday was "a pretty nice day, and people expect to be able to go out in the water, and it's not safe to go in the water," Lair said.

The state was already buying a lifeguard tower to aid rescue efforts at Goat Rock, he said.