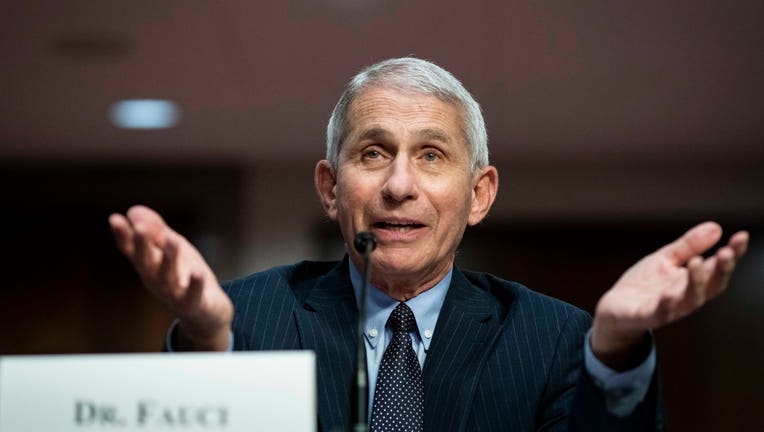 WASHINGTON - Dr. Anthony Fauci, the nation’s top infectious disease expert, said comments of his used in a new campaign ad from President Donald Trump were used without his permission. The Trump campaign fired back, calling his statements in the video “accurate.”

"In my nearly five decades of public service, I have never publicly endorsed any political candidate,” Fauci said in a statement to FOX News. “The comments attributed to me without my permission in the GOP campaign ad were taken out of context from a broad statement I made months ago about the efforts of federal public health officials.”

The ad, which has been running in Michigan, a key battleground state in the 2020 presidential election, was released following Trump’s discharge from Walter Reed National Military Medical Hospital. The president spent three days at the hospital being treated for symptoms of COVID-19 following his diagnosis.

“President Trump is recovering from the coronavirus, and so is America,” a narrator says in the 30-second ad. “Together, we rose to meet the challenge, protecting our seniors, getting them lifesaving drugs in record time, sparing no expense. President Trump tackled the virus head-on as leaders should.”

The ad then cuts to Fauci, who has served on the White House Coronavirus Task Force, during an interview in March with FOX News, though no date is provided on the Trump campaign ad.

“I can’t imagine that anybody could be doing more,” he says in the ad.

During the FOX News interview earlier this year, Fauci discussed the federal government’s mobilization at the onset of the pandemic in the U.S. and praised the task force’s “all hands on deck” effort.

"We've never had a threat like this. The coordinated response has been...There are a number of adjectives to describe it -- impressive, I think is one of them. We're talking about all hands on deck. I, as one of many people on a team, I'm not the only person," Fauci said on "Life, Liberty & Levin," according to the network.

He added: "Since the beginning, that we even recognized what this was, I have been devoting almost full time on this. I'm down at the White House virtually every day with the task force. It's every single day. So, I can't imagine that under any circumstances that anybody could be doing more."

The Trump campaign said in a statement that Fauci’s comments are “accurate, and directly from Dr. Fauci’s mouth.”

“These are Dr. Fauci’s own words,” Tim Murtaugh, a spokesman for the Trump campaign, said in a statement. “The video is from a nationally broadcast television interview in which Dr. Fauci was praising the work of the Trump Administration.”

“The words spoken are accurate, and directly from Dr. Fauci’s mouth. As Dr. Fauci recently testified in the Senate, President Trump took the virus seriously from the beginning, acted quickly, and saved lives,” Murtaugh added.

The campaign ad comes amid polling that has found a low approval rating by Americans regarding the president’s handling of the COVID-19 pandemic. A new Reuters/Ipsos poll taken this month following Trump’s COVID-19 diagnosis and hospitalization found 37% of U.S. adults approved of his handling of the pandemic — while 59% disapproved.