WASHINGTON - FBI Director Chris Wray bluntly labeled the January riot at the U.S. Capitol as "domestic terrorism" Tuesday and warned of a rapidly growing threat of homegrown violent extremism that law enforcement is scrambling to confront through thousands of investigations. 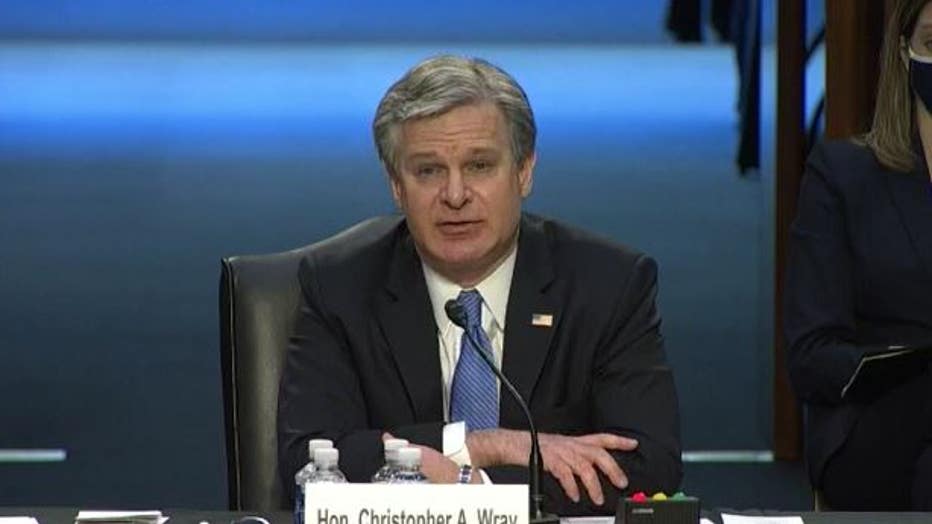 FBI Director Chris Wray testified before the Senate Judiciary Committee on March 2, 2021, in his first testimony before Congress since the Jan. 6 Capitol insurrection.

Wray also defended to lawmakers his own agency’s handling of an intelligence report that warned of the prospect for violence on Jan. 6. And he firmly rejected false claims advanced by some Republicans that anti-Trump groups had organized the deadly riot that began when a violent mob stormed the building as Congress was gathering to certify results of the presidential election. 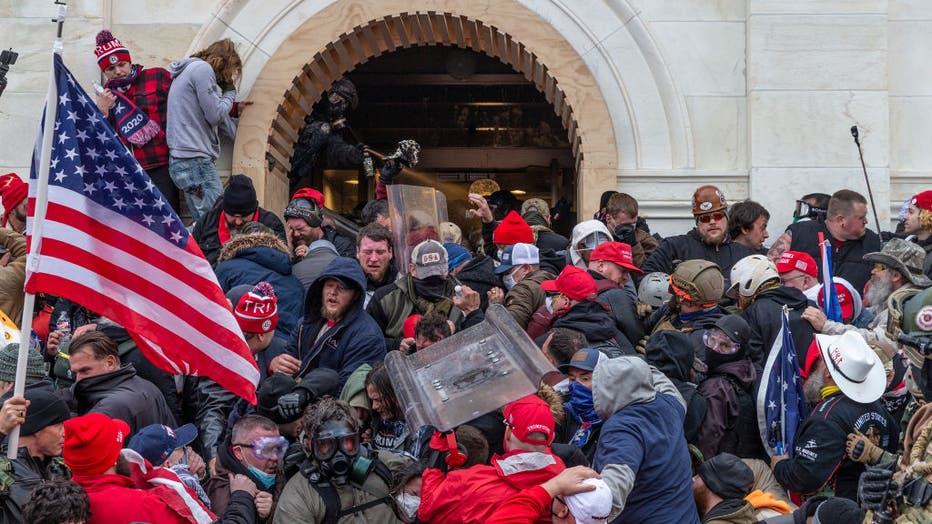 Wray’s testimony before the Senate Judiciary Committee, his first before Congress since the insurrection, was the latest in a series of hearings centered on the law enforcement response to the Capitol insurrection. Lawmakers pressed him not only about possible intelligence and communication failures ahead of the riot but also about the threat of violence from white supremacists, militias and other extremists that the FBI says it is prioritizing with the same urgency as the menace of international terrorism organizations.

"Jan. 6 was not an isolated event. The problem of domestic terrorism has been metastasizing across the country for a long time now and it’s not going away anytime soon," Wray told the Senate Judiciary Committee. "At the FBI, we’ve been sounding the alarm on it for a number of years now."

The violence at the Capitol made clear that a law enforcement agency that remade itself after the Sept. 11, 2001, attacks to deal with international terrorism is now laboring to address homegrown violence by white Americans. President Joe Biden’s administration has tasked his national intelligence director to work with the FBI and Department of Homeland Security to assess the threat. And in applying the domestic terrorism label to conduct inside the Capitol, Wray sought to make clear to senators that he was clear-eyed about the scope and urgency of the threat.

Wray said the number of domestic terrorism investigations has increased from around 1,000 when he became FBI director in 2017 to about 2,000 now. The number of white supremacist arrests has almost tripled, he said.

Many of the senators’ questions Tuesday centered on the FBI’s handling of a Jan. 5 report from its Norfolk, Virginia, field office that warned of online posts foreshadowing a "war" in Washington the following day. Capitol Police leaders have said they were unaware of that report and had received no intelligence from the FBI that would have led them to expect the sort of violence that besieged them on the 6th. Five people died that day, including a Capitol Police officer and a woman who was shot as she tried to climb through a smashed window into the House chamber with lawmakers still inside.

Wray said the report was disseminated though the FBI’s joint terrorism task force, discussed at a command post in Washington and posted on an internet portal available to other law enforcement agencies.

Though the information was raw, unverified and appeared aspirational in nature, Wray said, it was specific and concerning enough that "the smartest thing to do, the most prudent thing to do, was just push it to the people who needed to get it."

"We did communicate that information in a timely fashion to the Capitol Police and (Metropolitan Police Department) in not one, not two, but three different ways," Wray said, though he added that since the violence that ensued was "not an acceptable result," the FBI was looking into what it could have done differently.

He said he was "reluctant to armchair quarterback anyone else in their jobs," but the FBI was determined to prevent a repeat of Jan. 6.

"We find it personally infuriating any time we are not able, as I said, to bat 1,000. And we’re going to keep working to get better," he said.

The sprawling Justice Department investigation into the riot has already produced hundreds of charges, including against members of militia groups and far-right organizations. The crowd in Washington that day ranged from protesters who did not break any laws to a smaller group that arrived determined to commit violence against police and disrupt Congress from its duties, Wray said.

"Some of those people clearly came to Washington, we now know, with the plans and intentions to engage in the worst kind of violence we would consider domestic terrorism," he said.

Asked whether there was evidence that the attack was planned or carried out by antifa — an umbrella term for leftist militants — or by Trump opponents posing as his loyalists, Wray said that there was not. Some on the right have made such false contentions.

Even as the FBI prioritizes its efforts to counter domestic violent extremism, there are challenges confronting law enforcement, including in separating mere chatter from actual threats and in First Amendment protections that give ample leeway to espouse racist or otherwise abhorrent viewpoints.

"The amount of angry, hateful, unspeakable, combative, violent even, rhetoric on social media exceeds what anybody in their worst imagination (thinks) is out there," Wray said.

Wray has kept a notably low profile since the Capitol attack. Though he has briefed lawmakers privately and shared information with local law enforcement, Tuesday’s oversight hearing marked his first public appearance before Congress since before November’s presidential election.