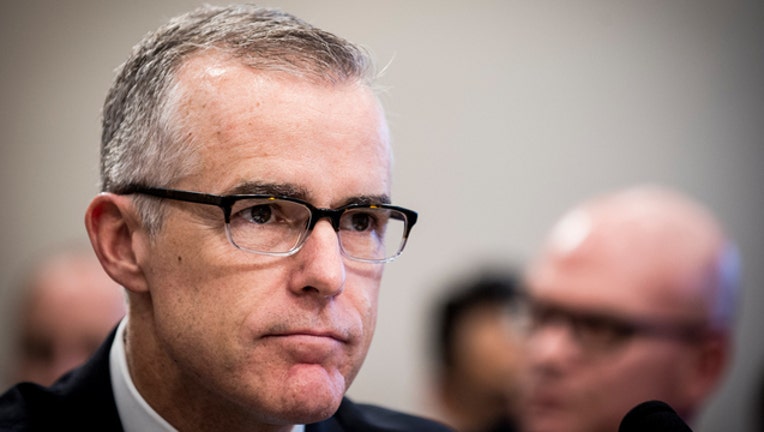 Andrew McCabe testifies before a House Appropriations subcommittee meeting on the FBI's budget requests for FY2018 on June 21, 2017 in Washington, DC. (Photo by Pete Marovich/Getty Images)

WASHINGTON (AP) - FBI Deputy Director Andrew McCabe is leaving his position ahead of a previously planned retirement this spring.

McCabe has been a frequent target of criticism from President Donald Trump.

Two people familiar with the decision described it to The Associated Press on Monday. They spoke on condition of anonymity because they were not authorized to speak on the record.

The move is effective Monday. McCabe had already been planning to retire upon his eligibility in a matter of weeks.

It is not clear if his early departure is for personal reasons or a reflection of the criticism.