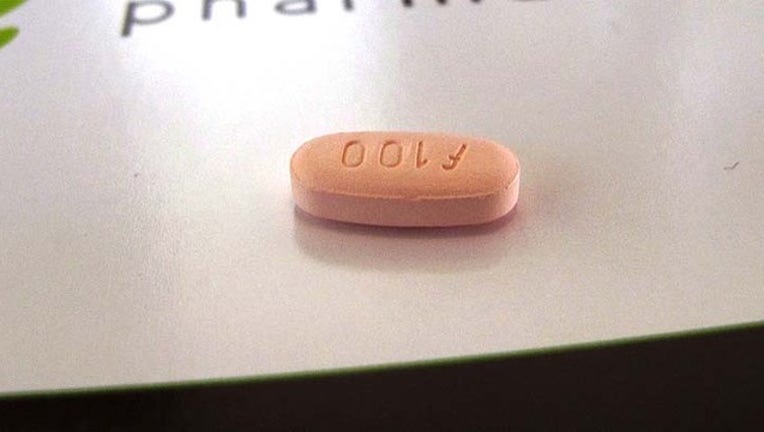 WASHINGTON (AP) — The drug industry's decade-spanning search for a female equivalent to Viagra took a major step forward Thursday, as government experts recommended approval for a pill to boost sexual desire in women.

The first-of-a-kind endorsement came with safety reservations, however, due to drug side effects including fatigue, low blood pressure and fainting.

The panel of Food and Drug Administration advisers voted 18-6 in favor of Sprout Pharmaceutical's daily pill, flibanserin, on the condition that the company develops a plan to manage its risks.

The recommendation is a major victory for a drug sometimes hailed as "female Viagra," but which has been plagued for years by concerns of lackluster effectiveness and safety issues. The FDA has rejected the drug twice since 2010. And a similar panel of FDA experts voted unanimously against the drug five years ago.

Thursday's vote is non-binding but the FDA often follows the advice of its experts. An official decision is expected in August.

FDA's experts acknowledged that flibanserin's effect is not very strong, but said there is a need for FDA-approved drugs to address female sexual problems.

"These are very modest results," said Dr. Julia Heiman of the Kinsey Institute at Indiana University. "But on the other hand, even modest results can make a lot of difference when you're at a certain point in the clinical problem."

In general, women taking flibanserin reported between 0.5 and 1 more sexually satisfying event per month, compared with women taking a placebo. They also scored higher on questionnaires measuring desire and scored lower on measures of stress.

Flibanserin, which acts on serotonin and other brain chemicals, was originally studied as an antidepressant, but then repurposed as a libido pill after women reported higher levels of sexual satisfaction.

The effort to trigger sexual interest through brain chemistry is the drug industry's latest attempt to address women's sexual problems.

Since the blockbuster launch of Pfizer's Viagra in 1998, dozens of therapies have been studied for so-called female sexual dysfunction, an umbrella term for various problems with libido, arousal and orgasm. But problems with women's sexual desire have proven resistant to drugs that act on blood flow, hormones and other simple biological functions.

Panelists raised concerns about several safety issues with flibanserin, especially low blood pressure and fainting. Those problems increased when patients combined the drug with alcohol and some commonly-used medications, including antifungal drugs. Sprout studied the drug's alcohol interaction in a small study of 25 patients, most of whom were men.

"We really know almost nothing about the actual clinical effects of using this product together with alcohol," said Dr. Tobias Gerhard of Rutgers University. "We have some indication that there is clearly a concern from very small studies."

Several panelists said language warning of the risks of using the drug with alcohol or with several other drugs should appear on the label. The company should also be required to educate prescribers about the risk and conduct follow-up studies, the experts said.

More than 30 public speakers urged the panel to back flibanserin, including several patients who received the drug during company studies.

"I want to want my husband, it is that simple," said Amanda Parrish, a mother of four from Nashville Tenn. "For us, flibanserin is a relationship-saving and life-changing drug."

Many others argued that the FDA has unfairly overlooked therapies for women while approving several erectile dysfunction drugs for men. Sprout Pharmaceuticals and other drugmakers have made that claim the center of an aggressive lobbying campaign called "Even the Score."

Critics of Sprout were also on hand, criticizing that lobbying push and defending FDA's previous rejections.

"To approve this drug would set the worst kind of precedent: that companies that spend enough money can force the FDA to approve useless and dangerous drugs," said Dr. Adriane Fugh-Berman of Georgetown University.

If approved, flibanserin would be labeled for premenopausal women with hypoactive sexual desire disorder, described as a lack of sexual appetite that causes emotional distress. Doctors must rule out a number of alternate causes before diagnosing the condition, including depression, relationship problems and mood disorders.