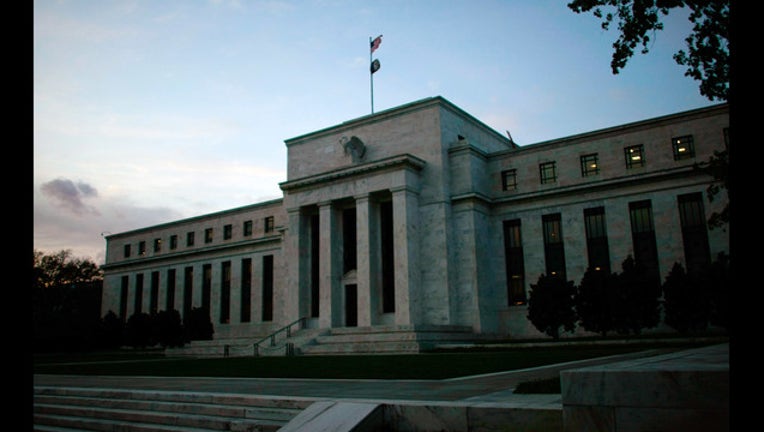 WASHINGTON (AP) - Federal Reserve policymakers largely agreed last month that the U.S. tax overhaul would likely benefit the economy, but they were split on whether the resulting growth would warrant a faster pace of rate hikes this year.

Minutes of the Fed's Dec. 12-13 meeting released Wednesday show that officials believed the tax cuts would drive consumer spending and increased business investment, though they expressed uncertainty over the magnitude of the boost.

The minutes indicate disagreement among Fed officials over how many times the Fed should raise its benchmark interest rate in 2018. Some felt that the projection of three rate hikes might prove too aggressive and prevent inflation from returning to the Fed's 2 percent target.

Others felt more hikes might be needed if any one of a number of risks materialized, including the possibility that inflation might suddenly begin rising at a much faster pace amid cuts in personal and business taxes.

Private economists viewed the minutes as evidence that the pace of inflation will be a key factor determining the number of rate hikes in 2018.

"Inflation has become the most important economic variable steering the Fed's policy right now and market investors would be well-advised to watch the inflation statistics like a hawk," said Chris Rupkey, chief financial economist at MUFG Union Bank in New York.

The Fed officials who felt that the three hikes reflected in the Fed's median economic forecast might be too much were concerned that it could make it harder to achieve the Fed's inflation target.

A "few other participants" were worried that three rate hikes this year might not be enough because "continued low interest rates risked financial instability in the future" or the possibility that the economy could start to overheat given that unemployment is already at a 17-year low of 4.1 percent and expected to decline further.

The minutes covered last month's discussion, which led to the central bank boosting its key policy rate for a third time in 2017, to a new but still-low range of 1.25 percent to 1.5 percent.

The minutes showed that the central bank is still committed to a "gradual" pace for future rate hikes, even though there is a dispute over whether that means another three hikes in 2018 or a "somewhat faster" pace.

Some analysts have begun to boost their forecast for this year to show four rate hikes, up from three. They expect the economy to grow faster now that Congress has approved the biggest overhaul to the tax code in three decades.

While the Trump administration believes its economic program of tax cuts and deregulation will boost economic growth in coming years to a sustained rate of 3 percent, the Fed's revised economic projections released last month are far less optimistic.

The Fed is projecting growth of 2.5 percent this year, up from a previous forecast of 2.1 percent. But it then foresees growth slowing to 2.1 percent in 2019 and 2 percent in 2020.

The Fed's next meeting on Jan. 30-31 will be the last meeting for Fed Chair Janet Yellen. Trump has nominated Fed board member Jerome Powell to take her place when her term as chairman ends on Feb. 3.