The Oakland Police Department and Mayor Libby Schaaf came under scathing criticism in a new review of the fatal shooting of a homeless man two years ago by a federal independent monitor tasked with making sure police reforms are met and followed within the city. Evan Sernoffsky reports

OAKLAND, Calif. - The Oakland Police Department and Mayor Libby Schaaf came under scathing criticism in a new review of the fatal shooting of a homeless man two years ago by a federal independent monitor tasked with making sure police reforms are met and followed within the city.

Robert Warshaw, a former police chief himself and the man charged with overseeing the troubled police department, criticized individual officers, now-fired Chief Anne Kirkpatrick, the department's policies, and, for the first time, Schaaf in a 54-page report reviewed by KTVU.

In all, Warshaw highlighted at least 20 problems with the March 2018 officer-involved shooting death of Joshua Pawlick, a homeless man who was asleep in front of an Oakland house with a gun in his hand.

What Warshaw found: Oakland police moved in with a Bearcat and shot him 22 times in a total of 2.23 seconds, when he said they should have come up with another plan to roust him. He also found that the internal investigation after the shooting was shoddy and almost a rubber stamp of what the officers said, despite having body camera video that showed Pawlik was not an active threat when he woke up.

Warshaw has issued previous critiques of the police department and Kirkpatrick before, noting last year that he found it "disappointing" and "myopic" that police wouldn't have a plan other than shooting a man to death when Pawlik awoke with a gun in his hand.

But this is the first time that Warshaw took on Oakland Mayor Libby Schaaf.

"Perhaps the most telling act of avoidance came from City Hall," Warshaw wrote. "According to Chief Kirkpatrick, in the fall of 2018, as the CID and IAD investigations were underway, the Chief showed the video of the shooting to the Mayor. According to the Chief, the viewing of the video was met with silence. The Mayor did not ask questions or provide direction. Although in more recent national events, the Mayor has been vocal, her steadfast silence in this matter was troubling. Her characterization of the death of Joshua Pawlik as 'awful but lawful' was even more so."

Schaaf had seen the video of the shooting in the fall in 2018, but she had "no follow-up questions, commentary, or direction," Warshaw said, quoting what Kirkpatrick had told him.

Warshaw said that Schaaf should have insisted on regular briefings and questioned why Kirkpatrick had not placed the officers on administrative leave.

Had she done that, Kirkpatrick "might have been more dutiful and accountable to her superiors in her decision-making," Warshaw wrote. "Instead, during this investigative time period, the chief appeared to be more fixated on the status of her contract with the City, and the prospects of the mayor renewing it."

Reached on Monday, Schaaf's spokesman Justin Berton responded that Pawlik's death was "a devastating loss of life for his family and friends, and for our entire community."

And while she said that Warshaw's review offered an "important analysis," Schaaf was not interviewed for his report and it "omits several actions she took, including her immediate direction to the Chief of Police to create a new policy for officers who interact with unconscious individuals," Berton said.

Oakland police spokeswoman Johnna Watson said the department will review the report and discuss it at the next case management hearing with the federal judge on Sept. 22. Schaaf reiterated that, too.

She turned the tables and accused Warshaw prevented a true, independent investigation with outside experts who don't work for Oakland police to lead the  Executive Force Review Board.

Even without an independent investigation, Kirkpatrick said, at least four review boards and investigative agencies examined the conduct of the OPD officers involved in Pawlik's death and came to the same conclusions as she did: "The shooting, while awful, was within policy."

Kirkpatrick has since said her February firing was unfair and she has filed a claim against the city.

The Oakland Police Commission, the body that initiated her firing said how she handled Pawlik's death was a large part for them wanting to sever ties with her. Kirkpatrick said she was ousted because she wouldn't give a commissioner special treatment over parking fees and was retaliated against.

Kirkpatrick brought up her firing and took aim at Warshaw.

"Mr. Warshaw knows that I have been critical of him and that I have called for him to be removed," Kirkpatrick wrote. "This ‘report,’ coming years after the incident and months after I filed my claim, appears to be his effort to defend himself and the city.  I will not be intimidated."

She said she plans to sue Oakland in the near future.

But civil rights attorneys John Burris and Jim Chanin, who sued Oakland in 2003 in the infamous Riders case and whose suit is the reason Warshaw is now the federal monitor, said Kirkpatrick has it all wrong.

Both said they found it "disturbing" and "shocking" that Oakland police are still under federal oversight.

"Will this NSA ever end?" Burris asked at a news conference on Monday, referring to the Negotiated Settlement Agreement the city agreed to in order to avoid trial and accept court-ordered police reforms.

Burris said Warshaw's report showed that there was no real effort to conduct an independent investigation into Pawlik's death and "find the truth."

In an interview, Chanin said report highlights the "systemic failure of the city" and despite about two decades of being under federal oversight "still has a hard time disciplining its officers."

As for Schaaf, Chanin said that Oakland has a strong mayor system enacted under then Gov. Jerry Brown, to give the person in that position a voice and say in how things run, including at the police department.

"The mayor had more of an obligation here," he said. "And that did not happen."

The officers involved in Pawlik's death have all been issued termination notices and lost an important hearing, called a Skelly hearing, in April. However, they are still in arbitration with the city and have not yet formally lost their jobs. 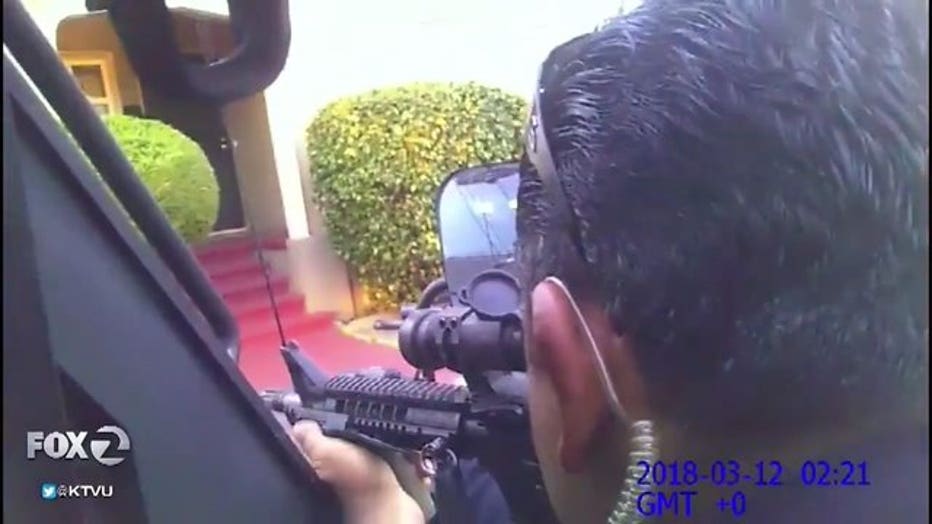 Among some of Warshaw's other criticisms:

Warshaw also painted the shooting death of Pawlik as one larger than just the death of one man in Oakland. He conjured up the national outcry over policing and the death of George Floyd in his reflections of how Oakland police handled themselves and the death of a homeless man.

"In the United States, police accountability, particularly when deadly force is used, has a long and pain-filled history," Warshaw wrote. "The March 2018 death of Joshua Pawlik at the hands of the Oakland Police Department is now part of that history. Mr. Pawlik’s death is marked by failures of policy, planning, supervision, City Hall oversight, and the Department’s ability to critically examine itself. Most of all, it is marked by the failure to understand and appreciate the humanity that we all shared with Joshua Pawlik, a young man who died in a hail of 22 bullets fired by four officers as he gained consciousness, with a handgun by his side, in a residential neighborhood of Oakland."

Warshaw continued: Deaths of the disenfranchised – be they people of color, those affected by mental illness, or those experiencing homelessness – at the hands of the police are a stain on our national character."