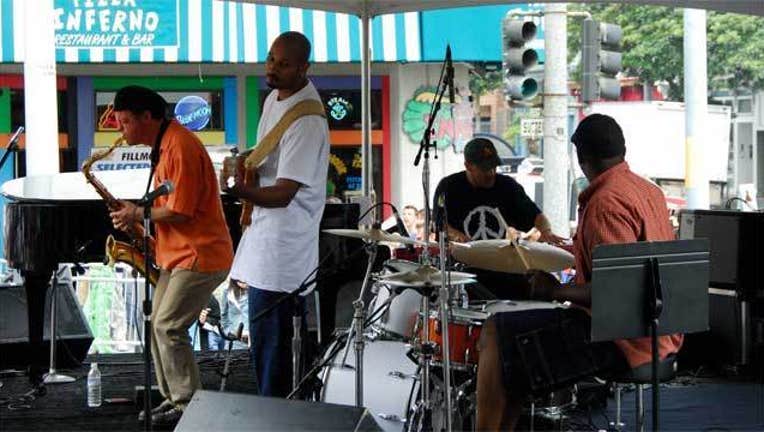 Blending art and soul in one of the country's most unique neighborhoods, the annual Fillmore Jazz Festival is the largest free Jazz festival on the West Coast, drawing over 100,000 visitors over the Independence Day weekend.

Running from 10 a.m. to 6 p.m. on Saturday and Sunday, the festival presents a varied line-up of musical acts to multiple stages over the 12 blocks of Fillmore Street between Jackson and Eddy. The festival's Jazz Artist in Residence Kim Nalley is a noted San Francisco jazz and blues vocalist renowned for her shows paying tribute to such greats as Billie Holiday, Nina Simone and Ella Fitzgerald. She will headline the California Street Stage both days.

"Beyond" Artist in Residence Miles Perkins has been a player of the SF scene since the '90s both as a session bassist for such figures as Peter Apelfbaum, Pete Escovedo, John Handy, Joshua Redman, Dianne Reeves and Carlos Santana as well as a band leader. Perkins will appear with both bands that became club fixtures during his initial rise to fame: the swinging Mingus Amungus, which pays tribute to its namesake, iconic bassist and composer Charles Mingus and Jungle Biskit, the more hip-hop and funk-influenced group that regularly filled dance floors at venues like the Elbo Room and the Up and Down Club.