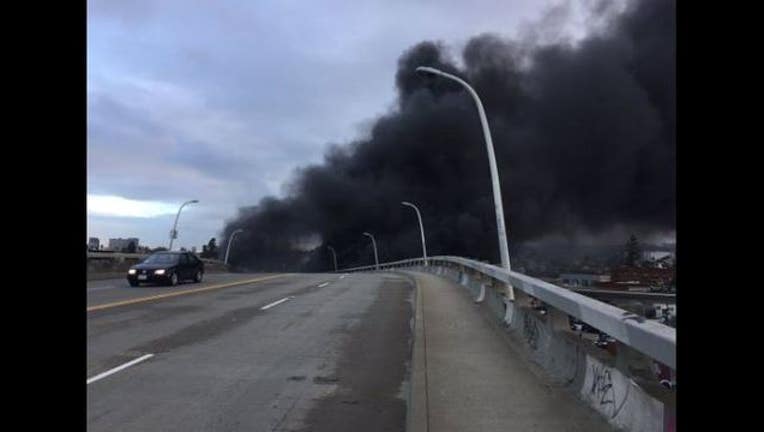 OAKLAND, Calif. (KTVU) - A dog died and five tents were lost in a fire at a homeless camp under Interstate Highway 880 in Oakland this morning, a fire battalion chief said.

The fire was reported around 7:15 a.m. in the vicinity of East 12th Street between 22nd and 23rd avenues.

It took about 12 minutes to extinguish the fire, according to Battalion Chief Dino Torres.

Witnesses said one of the camp's residents had been seen cooking earlier this morning, and Torres believes that may have been how the fire got started.

California Highway Patrol officials said traffic was backed up on Highway 880 as a result of smoke from the fire.