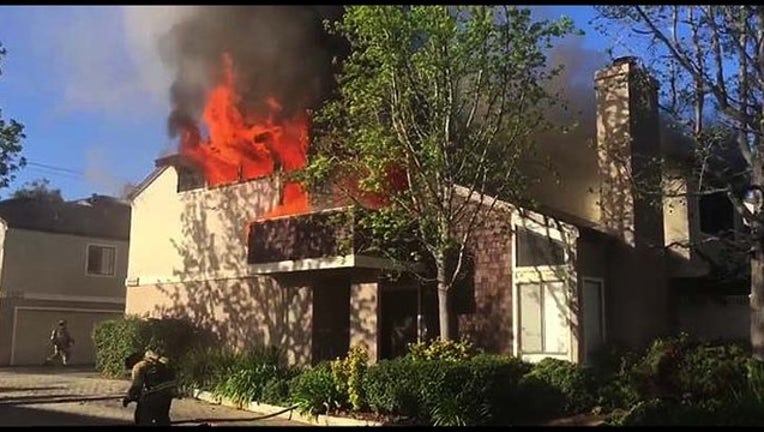 Santa Clara County fire spokeswoman Stephanie Stuehler said firefighters were called at 8:44 a.m. to the scene of a fire in the townhouse at 1901 La Corona Court near Pollard Road.

Residents were standing outside when firefighters arrived and crews observed the fire spreading horizontally on the top of the second floor residence.

Firefighters punched a vent hole in the attic and finally doused the flames at 9:02 a.m., she said.

There were no injuries and the cause of the fire is not yet known.