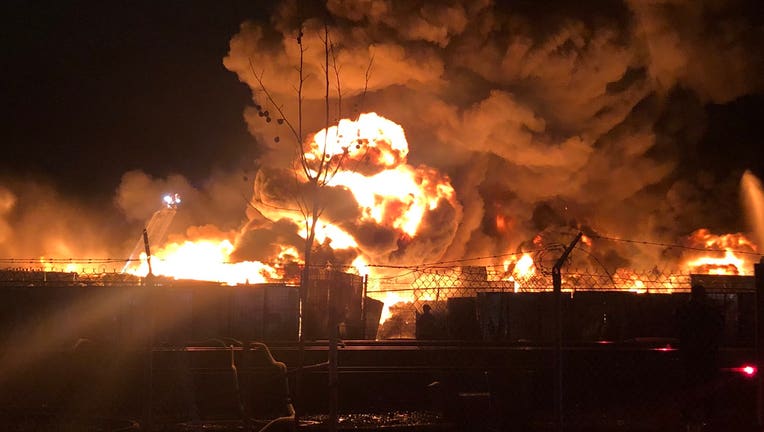 OAKLAND, Calif. - Firefighters in Oakland have contained a fire at a recycling facility yard Friday night.

As many as 35 firefighters responded to the blaze at 9315 San Leandro Street.

Officials said the fire started shortly before 9:30 p.m. They advised people to stay away and for residents to stay indoors.

On social media they updated just after 11 p.m. that the fire was not yet under control. They said East Oakland residents should expect to see smoke from smoldering for several more hours as crews continue to work on hot spots. 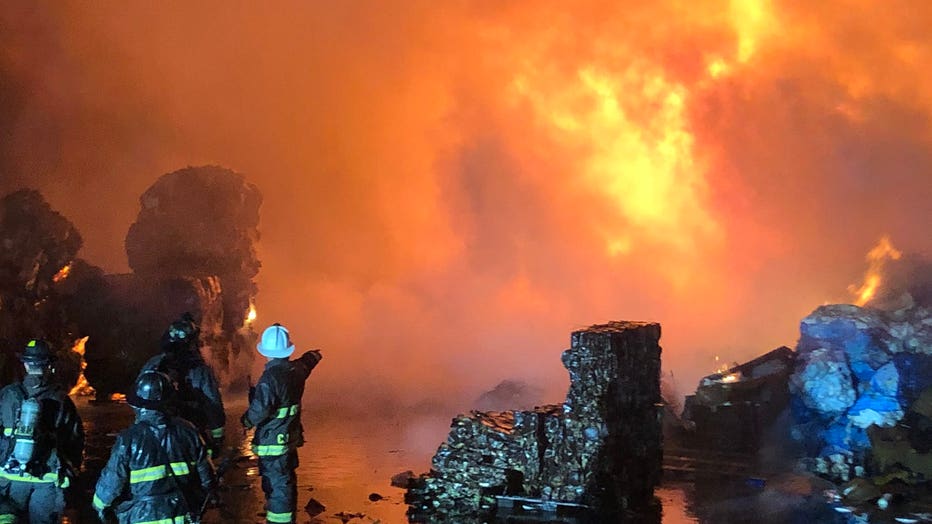