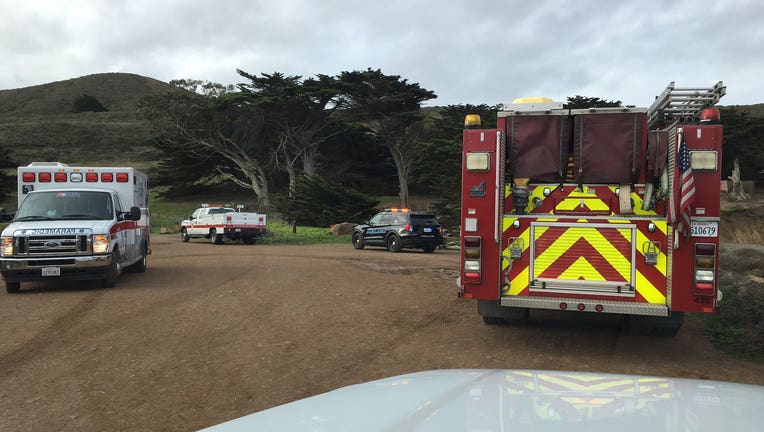 PACIFICA, Calif. - Firefighters are wrapping up a cliff rescue operation in Pacifica after working to help a man stuck on a cliff at Mori Point, according to fire safety inspector Clyde Preston with the North County Fire Authority.

Crews were first called to Mori Point around 8:15 a.m. Wednesday for a report of a man stuck down the cliff.

The man, located approximately 50 feet down the cliffside, required crews to repel with low angle ropes.

Once firefighters reached the man, they were able to rescue him and safely bring him back up the cliff.

Preston says the man was alert and oriented, treated for minor injuries, then transported to a nearby hospital.

Preston says the location of the rescue was remote.