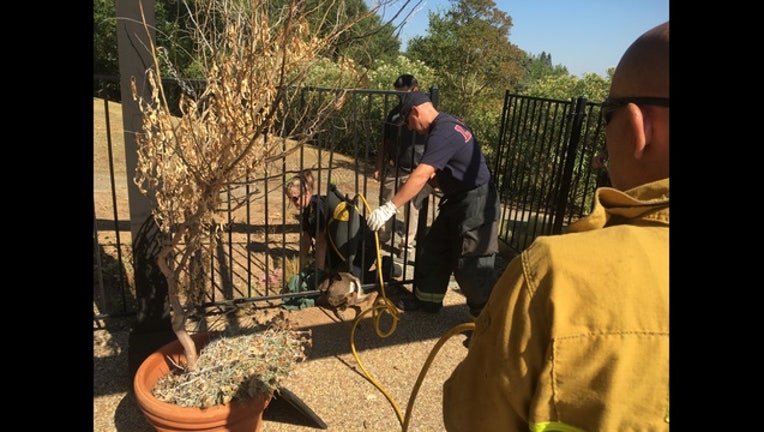 PLEASANTON, Calif. (BCN) - Firefighters in Pleasanton on Friday were able to help release a fawn that had gotten trapped in an iron fence.

Firefighters with the Livermore-Pleasanton Fire Department responded Friday at 9:52 a.m. to Twelve Oaks Drive on a report the fawn had been trapped in the fence for at least four hours.

After about five minutes, crews were able to free the fawn.

The animal ran off after being freed.

Witnesses reported the fawn's mother was seen earlier standing by the trapped fawn.