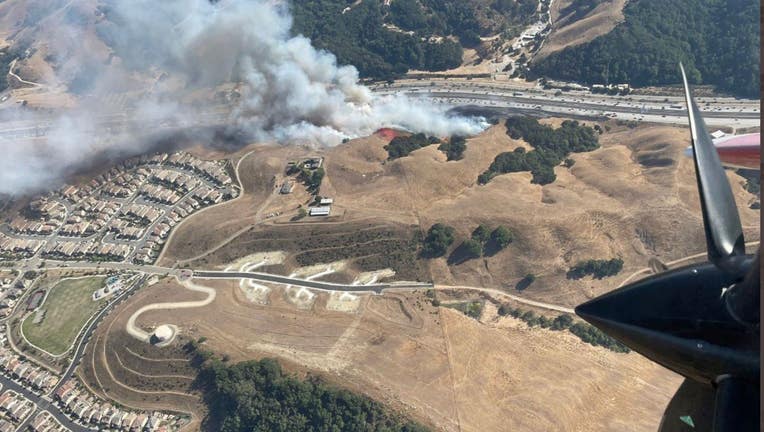 The blaze spread at a moderate rate, Cal Fire officials said at 4:50 p.m. By 5:44 p.m. firefighters had gained the upper hand.

Some structures were reported to be threatened off of Schaeffer Ranch Road. Firefighters with Cal Fire SCU and Alameda County Firefighters are responding with air and ground resources.

City of Dublin alerted residents sensitive to smoke to stay indoors. They have also established an evacuation zone for residents of Schaefer Ranch. Shannon Community Center is an evacuation and family reunification zone, city officials said.

Video taken from the scene shows firefighters responding to what appears to be a partially burned vehicle on the shoulder of the road. Alameda County Fire said the fire was started by a vehicle fire at Interstate 580 and Eden Canyon Road.

The fire impacted on traffic. Dublin Boulevard is closed to westbound traffic at Inspiration Drive.

There were no injuries or structures damaged from this fire.

Cal Fire said firefighters would remain at the scene until the fire is out and all the hot spots are extinguished.

Firefighters are responding to a fast-moving vegetation fire that broke out near Castro Valley. 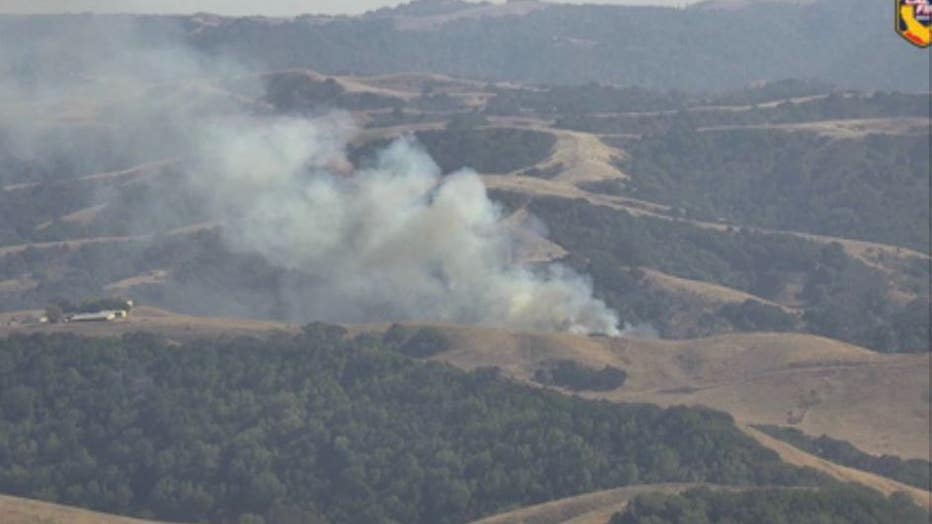 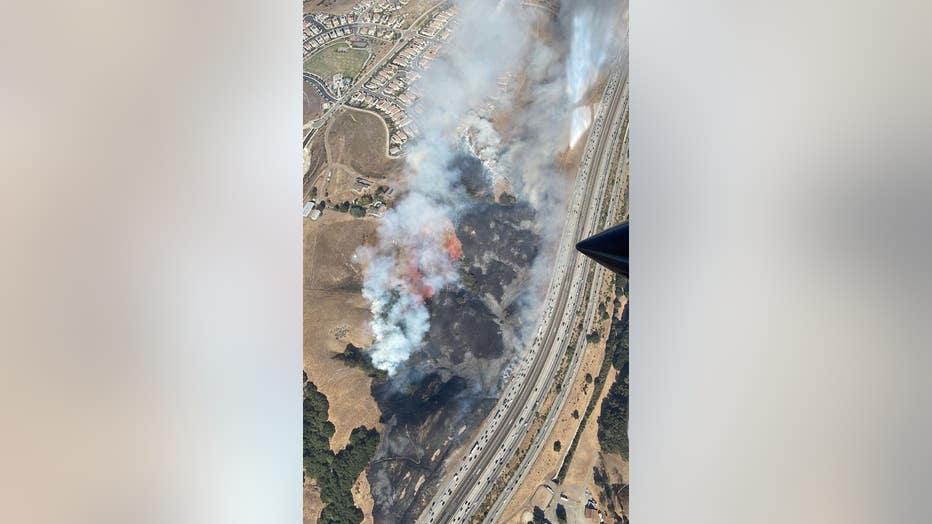