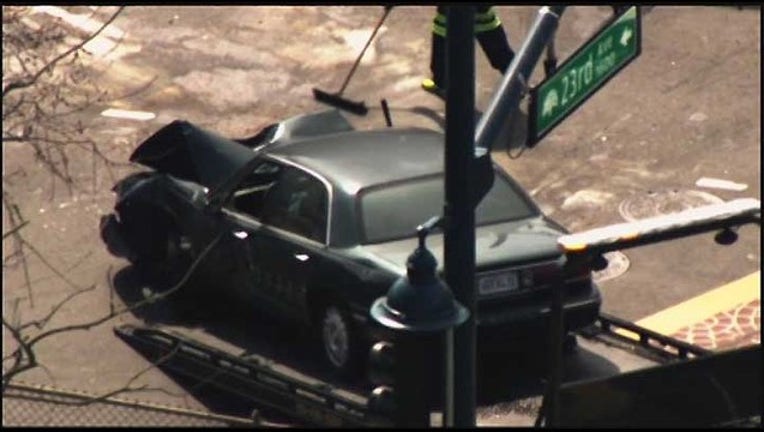 The incident occurred at 11:27 a.m. on 23rd Avenue in the city's Fruitvale district. Marshals attempted to detain the driver, who drove away and collided with one of the marshals' vehicles.

The driver continued south on 23rd Avenue into the intersection with Foothill Boulevard, where another collision occurred with a paratransit bus, injuring five people including a 4-year-old, according to police.

Drivers and passengers in both vehicles suffered injuries but were expected to survive.