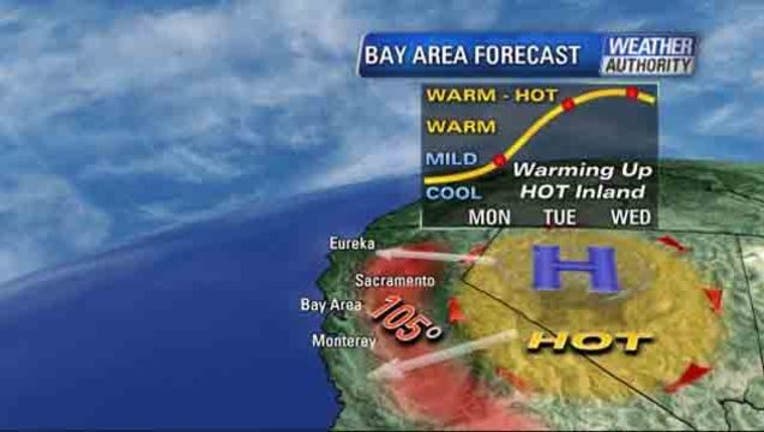 Meanwhile, California power grid operators are urging residents to conserve power over the next two days as high temperatures tempt many to turn on their air conditioners.

Some areas of the Bay Area and the Central Valley experienced triple-digit temperatures Tuesday and Wednesday is forecasted to be even hotter.

Air conditioning use during such a heat wave can put a massive strain on the state's power grid, and while the California Independent System Operator isn't advising residents to turn off their air conditioners, it is recommending some steps to reduce that strain.

Residents have been asked to turn off unnecessary lights, not use major appliances until after 9 p.m. and set air conditioners at 78 degrees or higher.

Such measures could save up to 1,000 megawatts of electricity, enough to power a million households, and prevent blackouts, California ISO officials said.

The Flex Alert will be in effect from 2 p.m. until 9 p.m. Tuesday and Wednesday.