The nation's airlines have yet to resolve the issue they can control, resulting in another holiday weekend full of delays, cancellations and plain old passenger angst. Though they received $54 billion to stay afloat and keep their employees, airlines just can't keep up.

OAKLAND, Calif. - The nation's airlines have yet to resolve the issue they can control, resulting in another holiday weekend full of delays, cancellations and plain old passenger angst. Though they received $54 billion to stay afloat and keep their employees, airlines just can't keep up. 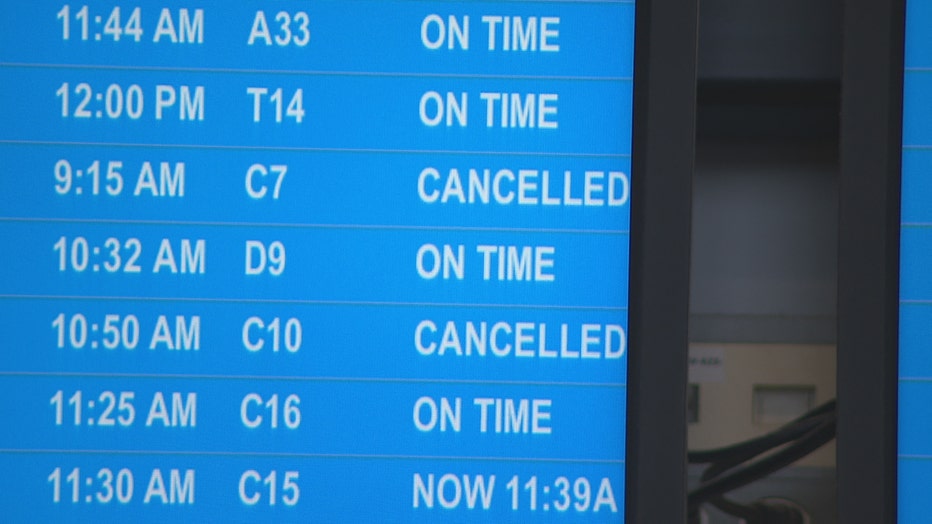 Passengers at Hartsfield-Jackson Atlanta International Airport were frustrated by a wave of cancelations of weekend flight.

Just before the Juneteenth three-day holiday weekend, Transportation Secretary Pete Buttigieg met with airline executives, insisting that they perform better and soon. Ironically, on Friday, Buttigieg's flight from Washington D.C. to New York was canceled, forcing him to make the 230-mile drive in a car.

A lot of flyers were left flat-footed. "We were going to go to Maine to a national park and do some Father's Day stuff with our son, and that’s all canceled now," said canceled passenger Ben Lapish.

"Ticket agent said almost all the flights were delayed or canceled today. So, I was just glad that at least ours wasn’t canceled, but now we won’t get home until 1 a.m.," said delayed passenger Holly Dudek.

Over the weekend, some 14,000 U.S. domestic flights were canceled or delayed, including 900 flights canceled on Sunday alone. As of 2:30 p.m. Pacific, just on Monday, there were an additional 14,550 delays and another 2,176 cancellations. In total, that left hundreds of thousands of passengers stranded or scrambling to get to their destinations.

"Air travelers should be able to expect reliable service as demand returns to levels not seen since before the pandemic," tweeted Secretary Buttigieg.

A significant factor, beyond weather, was, is and remains the time of day-one travels, and lack of sufficient of staffing from pilots to agents, from mechanics to cleaning crews.

"It's going to be a challenging summer across the industry. We're doing everything we can to make sure we get everyone to where they want to be," said Southwest Airlines Pilots Association pilot and President Casey Murray.

As of Monday at noon, Oakland's arrived board showed 46 arriving flights. Fourteen of them had a time change, which usually means late. But in this case, five of those were actually a bit early.

San Francisco, San Jose and Oakland racked up only 144 late flights and 18 cancellations; a good performance compared to other airports most especially in the east.

"If you can, book with a travel agent, because if you do get delayed or canceled, you can turn to that person to find you a way to get to your final destination," said travel expert Mark Murphy.

Secretary Buttigieg is giving the airlines until the July 4th weekend to get their act, crews and service straight or face fines.