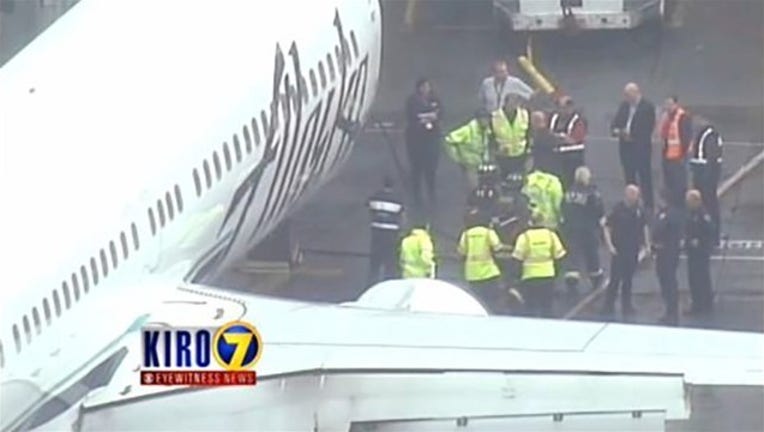 SEATTLE (AP) — A Los Angeles-bound Alaska Airlines flight had to return to Seattle on Monday after a worker reportedly fell asleep and found himself trapped in the plane's cargo hold.

Flight 448 had just taken off Monday afternoon when the pilot heard banging from down below, the airline said in a news release. The captain immediately returned to Seattle-Tacoma International and declared an emergency for priority landing.

After the plane landed a ramp agent came out from the front cargo hold, which Alaska says is pressurized and temperature-controlled.

"Upon exiting, he told authorities he had fallen asleep," the airline said.

The worker, an employee of Menzies Aviation, walked off the plane and appeared OK, but was taken to a hospital as a precaution.

Alaska said it is still investigating the incident. The plane was airborne for 14 minutes.

Passenger Marty Collins told KOMO-TV in Seattle the flight was surrounded by emergency vehicles when it returned to the airport.

She said passengers did not hear the worker banging or making noise.

"Nobody on the plane heard anything like that, nobody knew why we were turning around," she told the station. "They just said we were fine and we weren't in any danger."

Passengers were later told about the situation.

"They just said there was someone in the cargo hold and he's been escorted off and taken away," she said.

The flight departed again at 3:52 p.m. and was expected to arrive in Los Angeles at 6:27, about 80 minutes late, according to the airline's website.