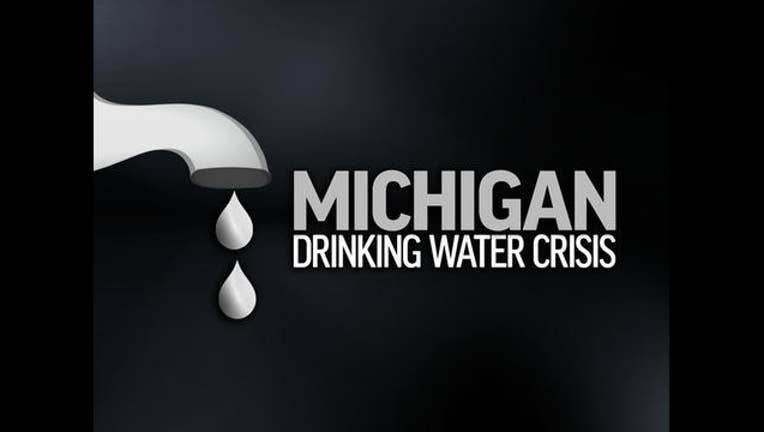 GRAND RAPIDS, Mich. (AP) -- Flint residents were warned Friday that water samples from more than two dozen city locations have higher lead levels than filters can handle and that further tests are recommended.

Dr. Nicole Lurie of the Department of Health and Human Services said the lead level in some Flint locations has exceeded 150 parts per billion, which is the level for which water filters are graded. She said people with levels over 150 ppb are being notified and their water being retested.

"We aren't completely sure" why the readings are so high, Lurie said.

The water was tested by officials before it got to a filter, and she stressed that the results do not mean officials think there's a problem with the filters.

"We still have confidence in the filters," said Mark Durno of the EPA. "If you have not had your water tested, get it tested now."

Flint residents have been told to drink only filtered or bottled water because of lead contamination in the city's supply. County health officials had declared a public health emergency Oct. 1, and the next day Gov. Rick Snyder announced $1 million for home water filters.

Improperly treated water leached lead from pipes into drinking water after Flint switched from Detroit's water system to the Flint River in 2014 to save money while under state financial management. Some children's blood has tested positive for lead, which has been linked to learning disabilities, lower IQ and behavioral problems. Flint has reconnected to Detroit's system for now.

Michigan Gov. Rick Snyder signed into law $28 million more in emergency funding, and said he didn't know some state workers in the city had received bottled water last year while officials were still telling residents that tap water was safe to drink.

It's the second round of state aid for the city since the crisis was confirmed in the fall, bringing the total allocated to nearly $39 million. The Republican governor said the funding will provide immediate resources in Flint, but is not the end of state assistance.

"It's time to stand up and recognize that things could have been done differently," Snyder said before signing the aid legislation. "Mistakes were made. ... We're going to solve them."

Snyder has accepted responsibility for the emergency while also blaming state and federal environmental regulators, some of whom have resigned or have been suspended. But he remains the target of criticism, including longshot efforts to recall him from office. In pledging again to fix the problem, he said, "how do you learn from things that didn't go right to be even stronger and better for the long term?"

Snyder said Friday he had "no knowledge of that taking place."

The governor's spokesman Dave Murray said the water was for both employees and residents visiting the building, which includes the Department of Health and Human Services, starting in January 2015. He said he didn't know if workers promoted that it was available.

Murray said one water cooler was placed on each floor and next to public drinking fountains. Water was provided until the summer, he said, and then returned in October after a public health emergency was declared. Another state spokesman said earlier it was provided continuously in the building.

The coolers were introduced after Flint officials warned residents about elevated levels of a disinfection byproduct called trihalomethane in the city's water. The city notified water customers at the time that it was in violation of the Safe Drinking Water Act but described the water as safe to drink.

A state legislative leader from Flint says the suggestion that the public also could drink from the water coolers is "insulting." Angela Wittrock, a spokeswoman for Senate Minority Leader Jim Ananich, said it's "lunacy" to suggest water delivered to state employees "was also meant for the 100,000 people of Flint who, by the way, were consistently being told their water was fine."

Rep. Brenda Lawrence of Michigan and Rep. Elijah Cummings of Maryland have complained that the Oversight Committee's Republican chairman, Rep. Jason Chaffetz of Utah, rejected their request for Snyder to testify at a hearing next week.

"The American people deserve a full accounting of this man-made disaster," Lawrence said.

Flint residents are now warned to drink only filtered or bottled water because of lead contamination in the city's supply. The latest state funding is intended to pay for bottled water, faucet filters, testing kits, additional school nurses, medical treatment and to help the city with unpaid water bills. There also is funding to hire outside experts to assess whether Flint's water system infrastructure must be replaced or repaired.

U.S. Senate Democrats have proposed up to $400 million in emergency federal aid for Flint -- contingent on the state matching the spending on Flint pipes dollar for dollar.

An assessment cited in Michigan's request for a federal disaster declaration estimated the potential cost of fixing the damage to Flint's water distribution infrastructure at $713 million. Snyder and the Republicans who control the state Legislature have said it's too early to talk about wholesale replacement of the pipes.