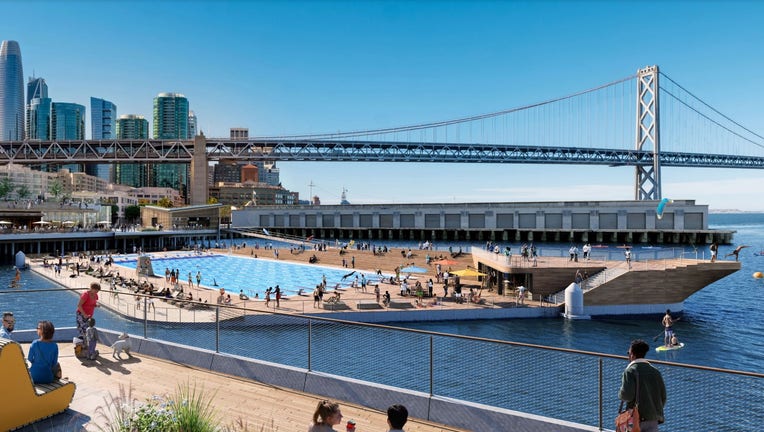 A massive swimming pool in the San Francisco Bay has been proposed. If approved, it would give swimmers a once-in-a-lifetime aquatic experience. (Photo taken from proposal by Strada.)

SAN FRANCISCO - A gigantic swimming pool proposed for the San Francisco Bay has many eager to take a dip.

The state-of-the-art pool would sit along the waterfront at piers 30-32, about halfway between the Ferry Building and Oracle Park.

If approved, it would rival landmark pools around the world, such as the highest infinity pool in Dubai, and the first floating pool in London.

With views of the Bay Bridge and the city skyline, swimmers would have an aquatic experience like no other.

For those who have always dreamed of swimming in the ocean, but don't dare jump in, it might be the next best thing.

The proposal also includes 57,000 square feet of retail and recreation space, making the area more than just a new pool. The design includes two levels of stores and restaurants. They are also planning to build an area for kayaks to launch. 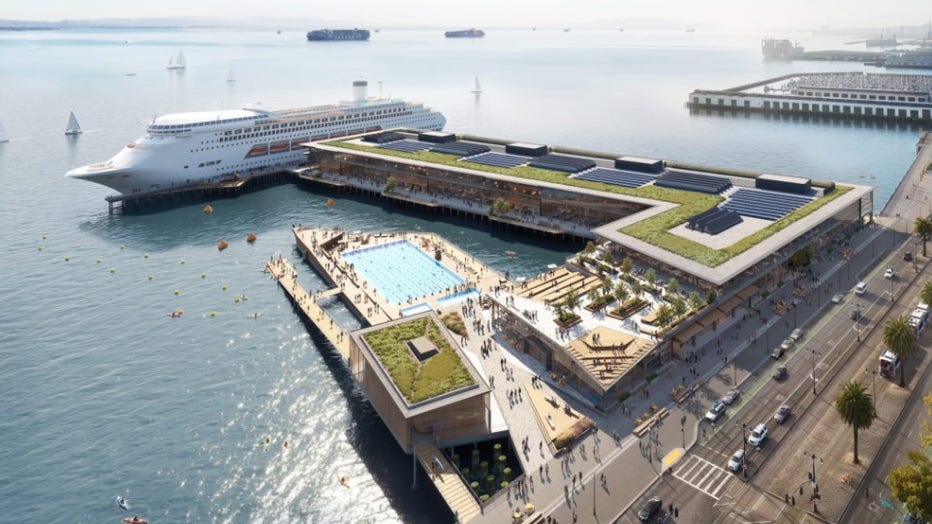 In the works since 2020, Strada and Trammell Crow Company presented their revised plan to Port of San Francisco officials on Nov. 16. Developers said they originally put the plan in motion because of the lack of large publicly-accessible swimming pools in Bay Area.

Project managers are expected to meet with the port again in January, and hope to further plans to bring the proposal a step closer to completion. 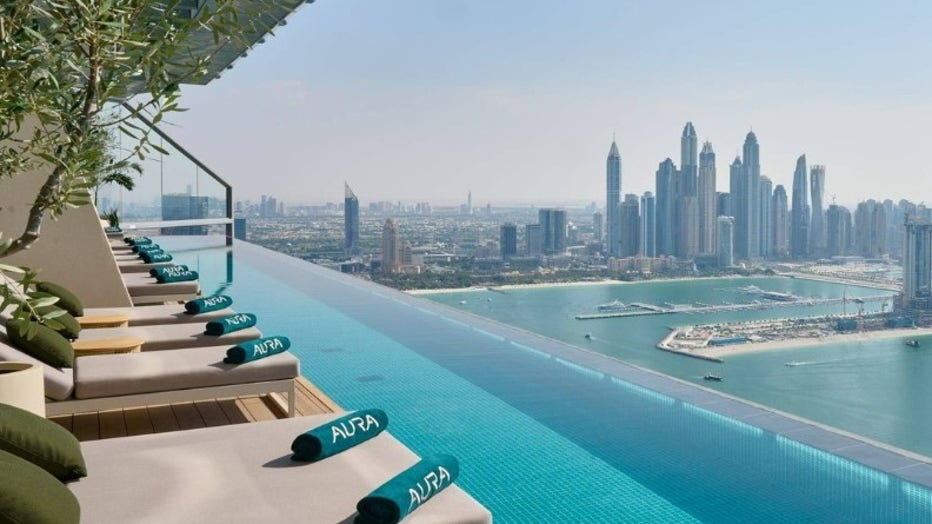 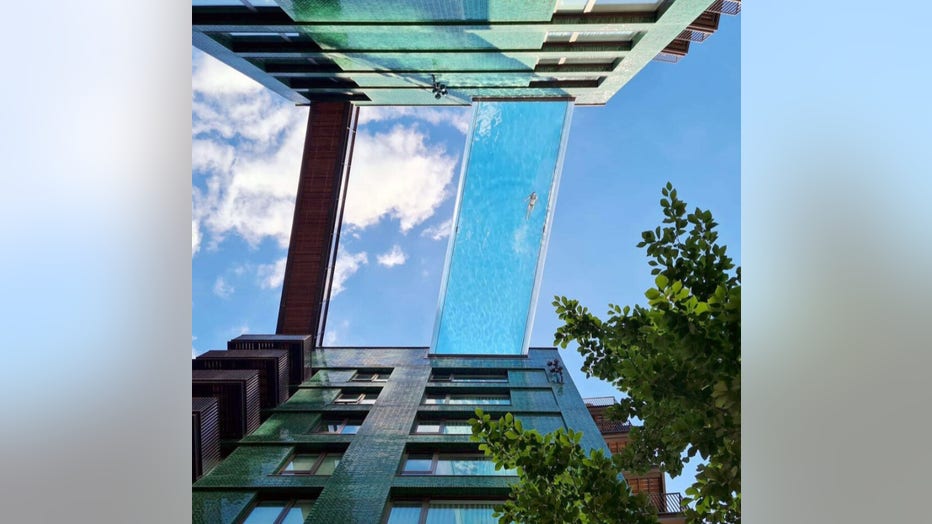