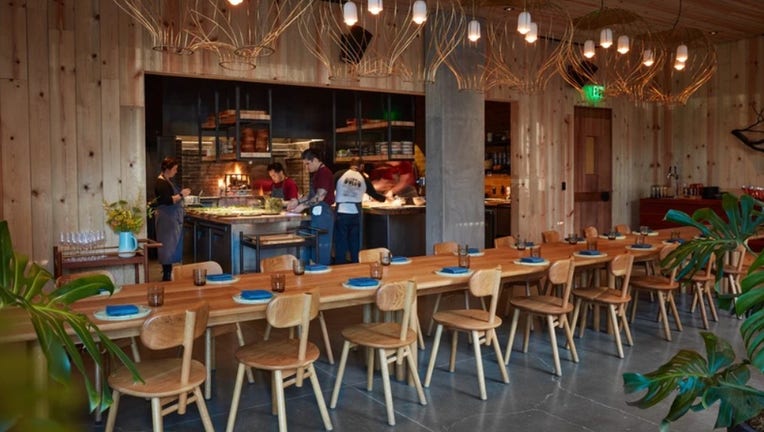 Osito in San Francisco received one star under the 2022 Michelin Guide. (Photo from restaurant website.)

SAN FRANCISCO - Six new Bay Area restaurants won a highly coveted spot on the "Oscars" of the culinary world, the Michelin Guide for 2022.

The restaurants all hailed from San Francisco or Wine Country and received one star under the Michelin rating category, which the guide said was "awarded to restaurants using top quality ingredients, where dishes with distinct flavours are prepared to a consistently high standard."

Cyrus (Sonoma)
Cuisine: Californian
Dinner here is an ebullient experience. Farm-fresh crudité to be dipped in umeboshi emulsion; Sonoma duck with turnips and hoisin; and black sesame financier with shaved plums are just a few examples of the impressive, globally accented cuisine.

Nisei (San Francisco)
Cuisine: Japanese/Contemporary
"Nisei" refers to the American-born children of Japanese immigrants, which Chef David Yoshimura is; and the synthesis of that heritage forms the basis of this cuisine. Dining here is an elegant affair, but there's no risk of stuffiness—the service team is personable and an '80s power ballads playlist indicates that no one is taking things too seriously.

Press (Napa)
Cuisine: American
This modern American dining room exudes all the Wine Country vibes, and just so happens to boast the largest collection of Napa wines in the world. Chef Philip Tessier is equally inspired by the location, delivering contemporary, Californian dishes such as Kusshi oysters with whipped horseradish.

San Ho Won (San Francisco)
Cuisine: Korean
This kitchen's assiduously refined technique deftly combines traditional Korean tastes with a sense of novelty, using impeccable ingredients to make for dishes of surpassing depth and purity of flavor, whether it be the humble kimchi or a rarefied cut of beef.

Ssal (San Francisco)
Cuisine: Korean
Meticulously prepared seafood shows a dedication to craft, as in black cod partially dried before being grilled to achieve a skin so crunchy it can be heard from across the room. Desserts end the meal with a black sesame tuile.

Notably, 10 previously-starred Bay Area restaurants dropped off the guide this year, according to the San Francisco Chronicle. Some of those restaurants closed during the COVID pandemic.

You can find the full list of Michelin-rated restaurants around the Bay Area and across California here.