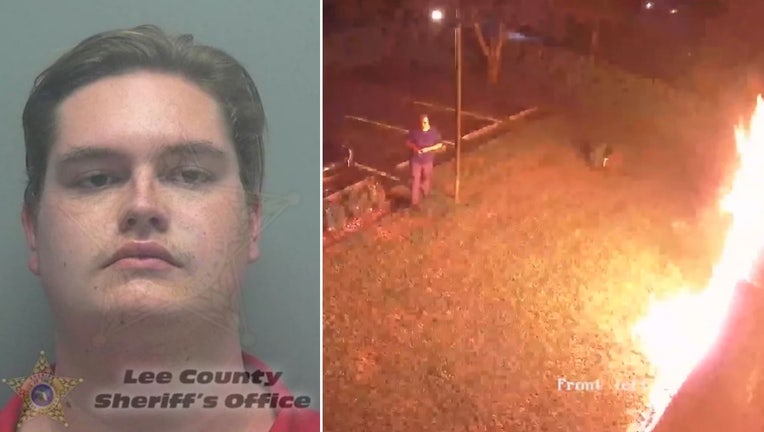 FORT MYERS, Fla. - A Florida man accused of setting fire to a Planned Parenthood center this past weekend was arrested Wednesday, authorities said.

Everett Little, 20, of Fort Myers, was charged with arson, criminal mischief and using an incendiary device, according to the Lee County Sheriff’s Office.

“That act was caught on camera, and through Crime Stoppers, he’s behind bars,” Sheriff Carmine Marceno said in a Facebook post. “Those tips led to an arrest, and we were fortunate that those tips came in.”

Surveillance video taken Saturday at the Fort Myers clinic shows a man pouring gas into bottles and then throwing them at the building, deputies said. One of the bottles ignited after hitting the building, though officials didn't say how extensive the damage was.

Little was identified shortly after the sheriff's office made images from the video public through Southwest Florida Crime Stoppers, officials said. Detectives served a search warrant on Little's home and took him into custody.

Investigators didn't immediately release a motive for the suspected arson. Planned Parenthood is a nonprofit organization that provides reproductive health care. Anti-abortion activists have criticized the organization for years because it's one of the largest providers of abortions in the U.S.

Little was being held on $21,500 bond. Jail records didn't list an attorney.