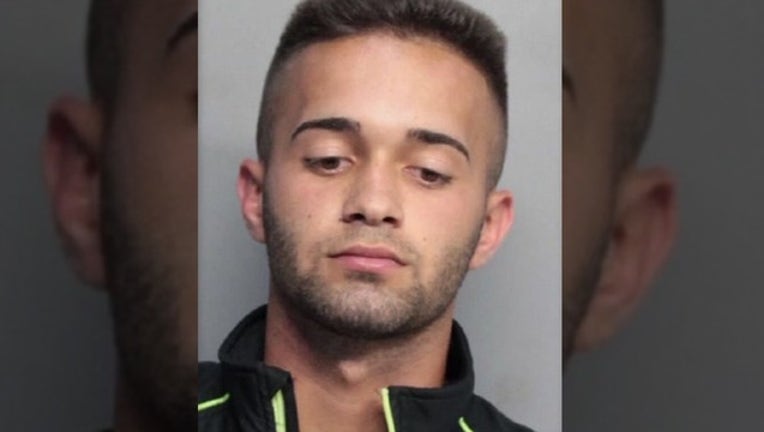 FOX NEWS - A 19-year-old Florida man is accused of setting a caged cat on fire and feeding the animal’s remains to a pack of dogs in a horrifying act of animal cruelty that was caught on tape.

In the chilling video, Miami-Dade prosecutors said Roberto Hernandez was seen standing over a cat in a small cage, dousing it with some sort of flammable liquid and then lighting some matches and flicking them on the animal.

The cage immediately bursts into flames and Hernandez “leisurely grabs a drink and watches the defenseless caged animal burn alive,” prosecutors said in a motion filed last week, according to the Miami Herald.

“The defendant doesn’t stop there. He is seen opening the cage, grabbing the burned animal and throwing it to his pit bulls in order to finish killing the animal or to dispose of its remains,” Miami-Dade Assistant State Attorney Nicole Garcia wrote.