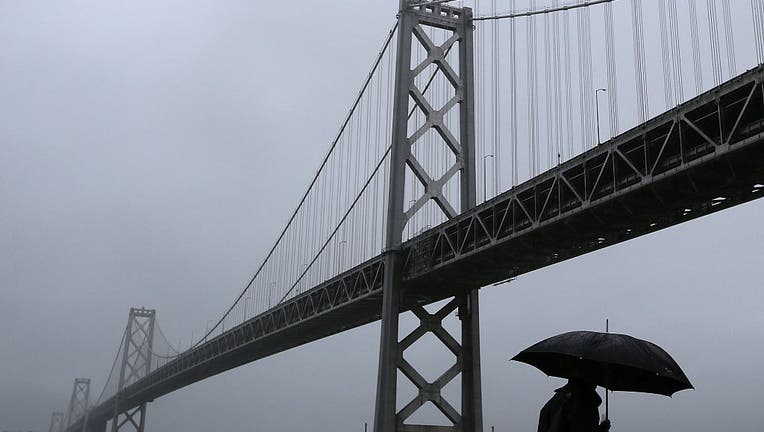 SAN FRANCISCO, CA - DECEMBER 11: A pedestrian walks in the rain next to the San Francisco-Oakland Bay Bridge on December 11, 2014 in San Francisco, California. The San Francisco Bay Area is being hit with a severe storm that is bringing high winds an

The National Weather Service is forecasting a return of rainy weather to the Bay Area next week for the first time in a while, but exactly how much and when it will fall is still uncertain.

The weather service is tracking storms in the North Pacific that are expected to come down toward the Bay Area and bring light to moderate rain as early as late Tuesday night, but the heaviest showers are expected sometime next weekend.

Keep up with current conditions by downloading the KTVU weather app

Because of the long period since the last rain in the region, the weather service is warning that roads may be especially slippery in the Bay Area once it starts raining due to a buildup of oil, and that there may be possible threats of flooding in areas burned by recent wildfires.

The rain would be much welcomed in the region, all of which the U.S. Drought Monitor considers to be in "extreme" or "exceptional" drought conditions, the two most severe categories of the five in the system.