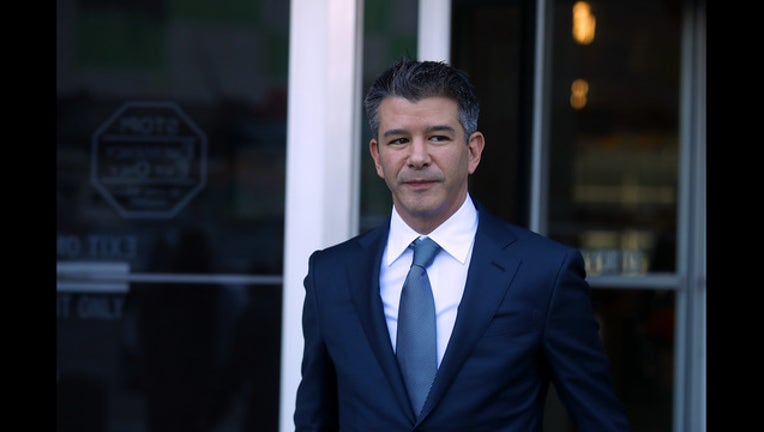 SAN FRANCISCO (BCN) Former Uber Chief Executive Officer Travis Kalanick wrapped up his second and last day on the stand in federal court in San Francisco today by repeating his claim that he didn't hire a top Google engineer for the purpose of stealing technology secrets for driverless cars.

Instead, Kalanick told a civil jury, he hired engineer Anthony Levandowski because he was "incredibly visionary, a very good technologist."

Today was the third day of a trial in which Mountain View-based Waymo LLC, a self-driving car project created by Google in 2009, claims Uber Technologies Inc. stole eight trade secrets through Levandowski, who left Google in January 2016 and joined Uber later that year.

San Francisco-based Uber, which began its own driverless car project in 2015, claims it never received or used Waymo's trade secrets and that the technology wasn't secret to begin with. It says it hired Levandowski for his talent.

Waymo is seeking up to $1.8 billion for alleged economic damage. The trial in the court of U.S. District Judge William Alsup is expected to last through next week and possibly the following week.

After leaving Google, Levandowski formed a self-driving truck company called Otto. In April 2016, Uber and Otto agreed that Uber would buy Levandowski's company, and the acquisition was completed the following August in a deal reported to be worth $680 million in stock and cash.

Levandowski was then made head of Uber's autonomous car project. Waymo has claimed that Otto was a "fake" company intended to camouflage Levandowski's transfer to Uber.

The following year, in February 2017, Waymo sued Uber for alleged theft of trade secrets. Uber fired Lewandowski in May after he refused to cooperate in the company's internal investigation.

Kalanick himself resigned as the ride-booking company's CEO in June under pressure from investors following a series of controversies over the company's business practices. He remains a shareholder and member of the board.

In earlier testimony on Tuesday, Kalanick acknowledged that he and Lewandowski began discussing the acquisition in December 2015, while the engineer was still at Google and not yet created Otto.

In today's testimony, Kalanick acknowledged that on the same day he signed the acquisition agreement on April 11, 2016, he also signed a second document indemnifying Levandowski for any "bad acts" including fraud and theft of trade secrets carried out before the signing date.

But under questioning from Waymo attorney Charles Verhoeven, Kalanick said he never read the indemnification document. He said he left that work to his lawyers.

The court session also featured a brief YouTube video clip of the famous "Greed is good" speech by actor Michael Douglas in the role of an avaricious financier in the 1987 movie "Wall Street."

A link to the clip was included in a text message Lewandowski sent Kalanick in March 2016, with a note saying, "Here's the speech you need to give."

Uber sought to block the showing of the clip on the ground that there was no proof that Kalanick clicked on the link. But Alsup allowed Waymo's lawyers to show it as evidence because, the judge said, at least Levandowski must have looked at it.

In the clip, Douglas declares, "The point is, ladies and gentlemen, that greed, for lack of a better word, is good. Greed is right. Greed works."

When asked by Verhoeven whether he clicked on the link, Kalanick said, "I think I would have," because Levandowski included a winking face emoticon in the message.

But the movie was "fake," Kalanick added.

The alleged trade secrets concern the laser technology used to bounce laser beams off surrounding objects and send back data that enables the self-driving cars to create a three-dimensional picture of their surroundings. The technology is called LiDAR, short for Light Detection And Ranging.

Waymo was spun off by Google as a separate entity in 2016 and is now a subsidiary of Alphabet Inc., the corporate parent of Google.