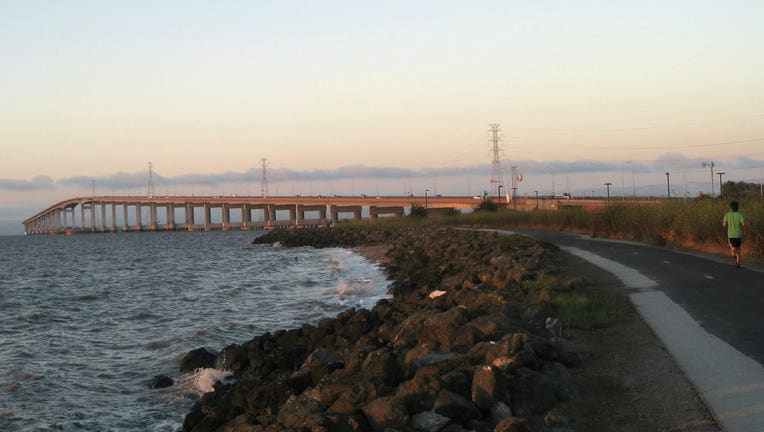 FOSTER CITY, Calif. - Planned levee rehabilitation and improvement in Foster City made a major advance Thursday when the San Francisco Bay Conservation and Development Commission unanimously approved a permit for the project.

Approval by the 19-member commission came after months of discussions between the city and BCDC leading to last week's public hearing.

Residents in June 2018 approved a $90 million general obligation bond for the project, which will build shoreline protection structures and upgrade public access along the levee system.

"The project includes levee rehabilitation work with new shoreline protection, redevelopment and widening of the levee Bay Trail, providing public access amenities and access to the Bay, and construction of two bridges to increase tidal circulation to enhance the O'Neil Slough in the southern segment of the project site," according to a city announcement.

"I am excited about the unanimous decision of BCDC approving this tremendous milestone for the Levee Project," said Mayor Sam Hindi. "We can now move onto the next phase of protecting the city from sea level rise (to) 2050 and beyond."

He credited the work of city and project staff and support from area legislators -- including Sen. Jerry Hill, Congresswoman Jackie Speier, and Assemblyman Kevin Mullin - for the approval.

The U.S. Army Corps of Engineers is expected to issue the final permit needed to start work in late December or early January, the city said.

Design of the project is 95 percent complete.