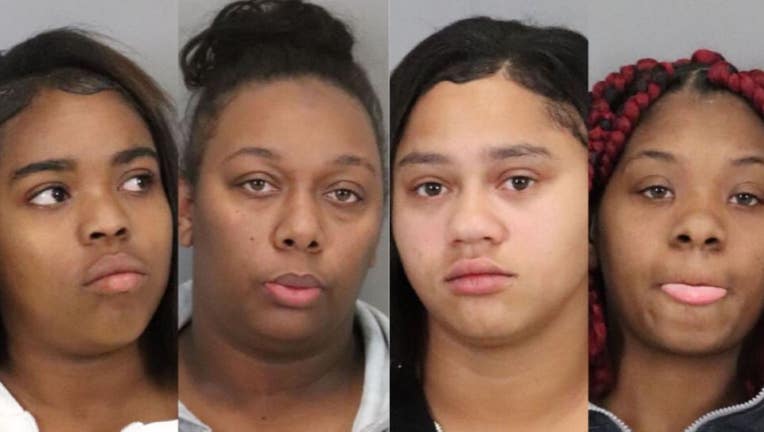 PALO ALTO, Calif. (KTVU) - Four women were arrested in a grab and run theft at a department store at the Stanford Shopping Center.

Investigators said a woman witnessed the group stealing armloads of clothing and shoes at a Macy's store located at 180 El Camino Real.

The witness recorded video of the suspects in action and followed them around the store.

Authorities said Fraser became agitated that she was being recorded and she lunged at the witness and kicked her in the butt.

As the group fled the store, they dropped some of the stolen merchandise on their way to the car.

The witness followed the suspects out of the store and into the parking lot where she called police around 3:38 p.m. with their descriptions.

Responding officers located a vehicle with people inside who matched the descriptions. They stopped the car at  University Avenue and Donohoe Street in East Palo Alto where they found $5,000 worth of stolen merchandise inside.

Officers are investigating whether the suspects are connected to other similar thefts.