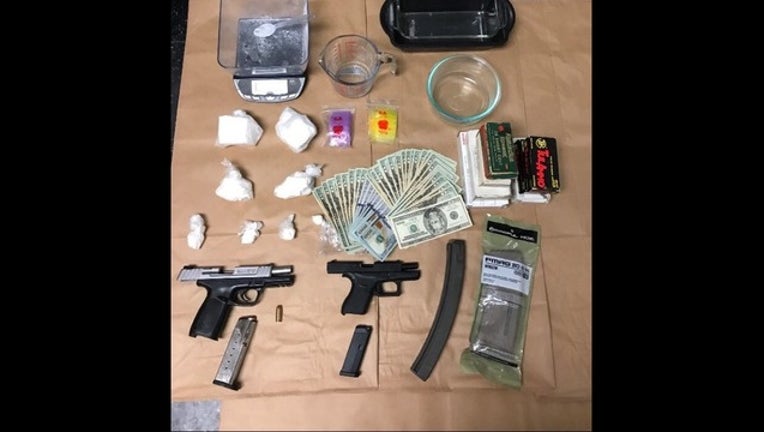 Police reported to the 500 block of Gellert Boulevard after witnesses said gunshots were fired into a house.

When officers arrived, they found numerous shell casings in the driveway of the residence. Police said two suspects fired multiple gunshots from inside and outside the home.

A 37-year-old San Francisco man sustained a gunshot wound to his leg after the shooting. He was arrested for attempted murder and police said he fired a weapon into the house from the street.

He was taken to a hospital before being booked into the San Mateo County jail.

Police confiscated several hundreds of dollars in cash, two guns and an unspecified amount of drugs.