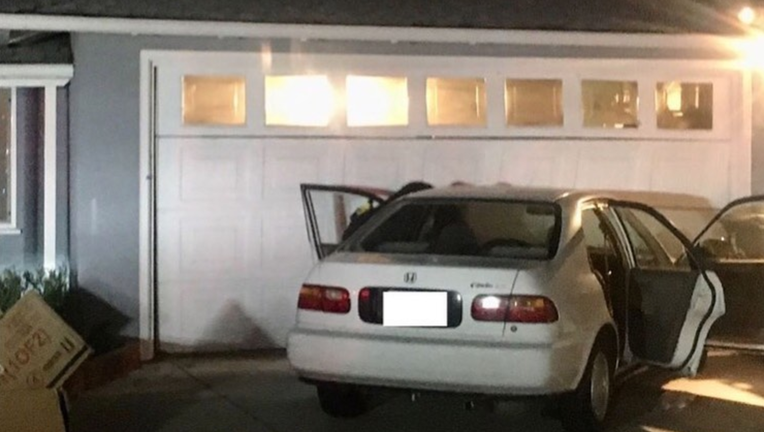 ANTIOCH, Calif. - Four teenagers were arrested and a replica firearm was seized following a carjacking Saturday night in Antioch and a police pursuit that ended in Pleasant Hill, police said.

Antioch police were notified just after 11 p.m. that a man was carjacked at gunpoint in the 3400 block of Deer Valley Road.

An Antioch officer attempted to make a stop after spotting the car on state Highway 4 near L Street, but the driver fled and was pursued to Pleasant Hill, where the car crashed into a residential garage.

All four youths, ages 13 to 15, were arrested, and one of the passengers had a replica firearm, police said.

Police said that one of the had already been arrested twice before this year for carjacking.