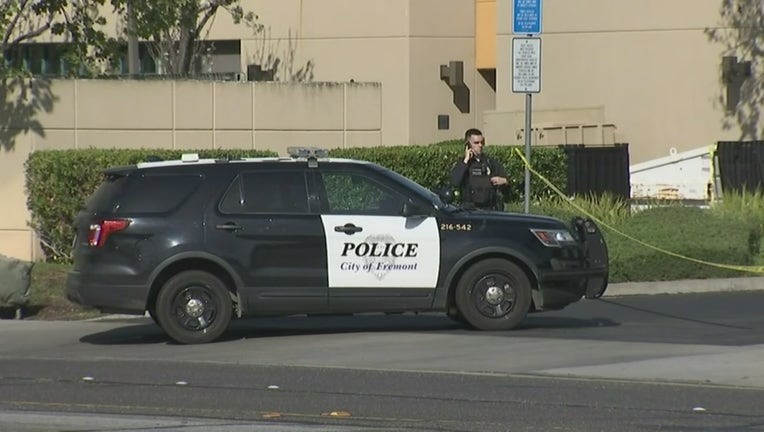 FREMONT, Calif. - Police in Fremont on Friday arrested a suspect in connection with an armed robbery.

Asaam Ghanem, 35, of Hayward, was arrested on suspicion of assault with a firearm on a person, robbery, making criminal threats, felony evading and resisting arrest, according to the Fremont Police Department.

On Friday at 3:14 p.m., officers responded to the Kabob House in the 37000 block of Fremont Boulevard on a report of a robbery and a possible shooting.

Several witnesses reported a suspect at the restaurant had a handgun and was threatening to shoot everyone in the area, police said.

Police were able to obtain information on a suspect vehicle, and responding officers located the vehicle traveling south on Fremont Boulevard at Country Drive.

The suspect led officers on a short pursuit, before he fled on foot in the area of Mowry Avenue and Hastings Street.

The suspect, identified as Ghanem, was ultimately arrested.

Investigators determined a shooting did not occur, and several witnesses at the scene told police the suspect came into the restaurant, brandished a firearm and demanded his food.

Police were able to obtain surveillance video that showed the suspect pulling a gun and pointing it at one person.