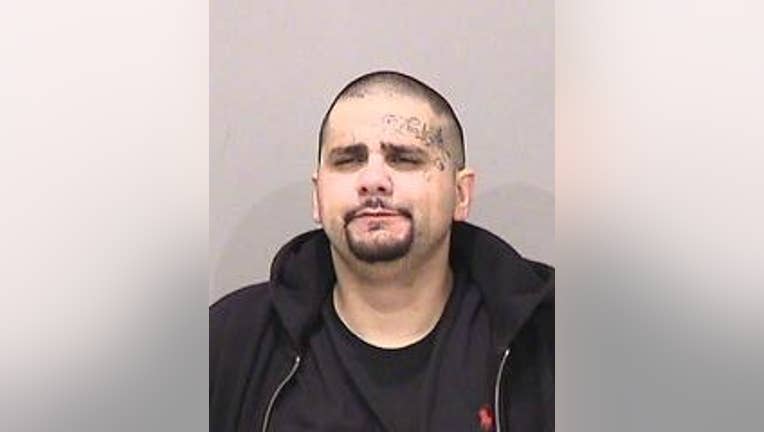 Hayward resident Rudy Garcia, 26, was arrested around 2:20 p.m. Friday after he allegedly fled from the 42000 block of Philadelphia Place.

Officers deployed a drone as Garcia fled and it tracked Garcia until detectives caught him, according to police. Officers found a loaded magazine and unloaded gun nearby, police said.

Garcia allegedly drove up and threatened a stranded motorist with a gun and stole jewelry and other property from the motorist around 12:20 p.m. at Kato Road and Warm Springs Boulevard.

An hour later, Garcia allegedly pointed a gun at a person in a parked vehicle in the 44000 block of Old Warm Springs Boulevard and stole cash and other property before fleeing in a vehicle.

Detectives used surveillance footage from the city's community camera network to identify what they believe was Garcia's vehicle, an older white Chevrolet Tahoe.

Then on Friday they identified Garcia as the suspect and obtained a warrant for his arrest, police said.

Garcia is on parole and has multiple prior arrests, according to police. Garcia was booked into Fremont's jail and is scheduled to be arraigned on Tuesday.

Police believe Garcia may have robbed other people. Anyone who believes Garcia robbed them is asked to get in touch with Detective Troy Roberts at (510) 790-6900 or at troberts@fremont.gov.

There may be other suspects in the robberies and detectives are investigating.