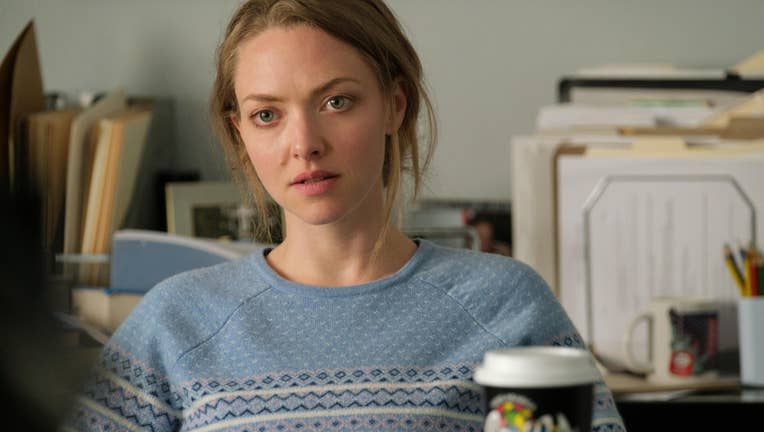 Evan Sernoffsky is an investigative reporter for KTVU who covered the four-month-long Elizabeth Holmes fraud trial from gavel-to-gavel. Email Evan at evan.sernoffsky@fox.com and follow him on Twitter @EvanSernoffsky.

In Episode 2, the stage is set for Elizabeth Holmes meteoric rise in the world of biotech. We learned in Episode 1 about her awkward childhood, her ambitions to be the next Steve Jobs, and we've seen her budding relationship with Sunny Balwani (Naveen Andrews).

We're now smack in the middle of Theranos' fledgling beginnings and are introduced to the first prototype. We also learn about all the corners cut when Holmes began an urgent courting of investors. This article contains spoilers for Episode 2!

Need to get caught up on Episode 1 - "I'm in a hurry"? Read the previous recap

Did Theranos really almost go bankrupt in its early days? 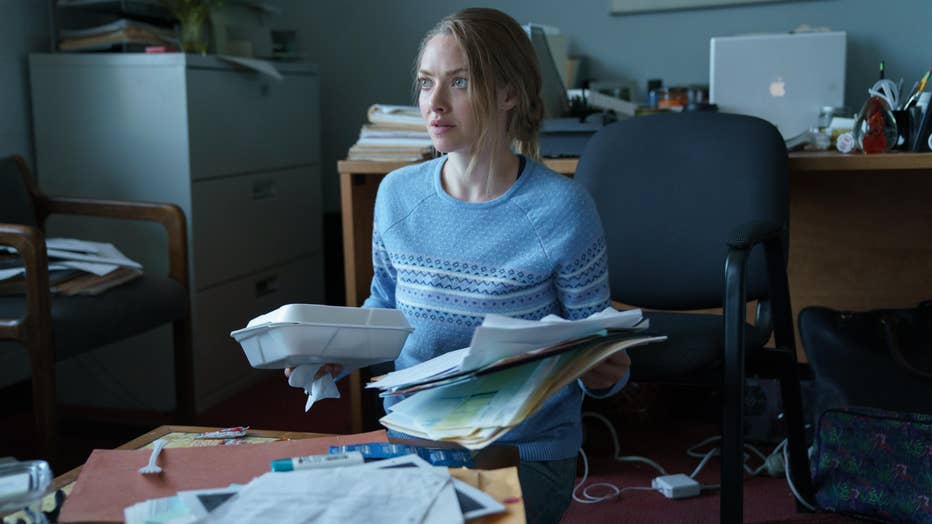 The Dropout -- "Satori" - Episode 102 -- In need of money, Elizabeth brings her fledgling technology to the venture capitalists of Silicon Valley. In Switzerland, she is forced to make a difficult decision. Elizabeth Holmes (Amanda Seyfried), shown.

In real life, Theranos was always on the verge of going bankrupt. And Episode 2 focuses on a frazzled Holmes trying to keep her company afloat inside its East Palo Alto offices. In one scene, her assistant comes into her office to spray for ants while she and Channing Robertson (Bill Irwin) are in a meeting. Later, we see Holmes paying the bills on various credit cards before heading out to a montage of rejections from the big Silicon Valley venture capital firms that are collectively referred to as "Sand Hill Road," named for the street in Palo Alto and Menlo Park where all the big VC firms are located.

Theranos' financial situation in its early days was dire. The company had no contracts with any pharmaceutical companies. Holmes initially pitched her company to big pharma before pivoting to retail (more on that later). At trial, federal prosecutors called Theranos' former corporate controller to the witness stand to go through the books for the jury.

That controller, Danise Yam, showed that Theranos was hard up for dough every step of the way and never brought in significant revenue outside its venture funding. At times, Theranos was burning $2 million a week, ultimately dumping more than $600 million over the life of the company. So yes, Holmes was always desperate for cash. But the biggest cons are yet to come. 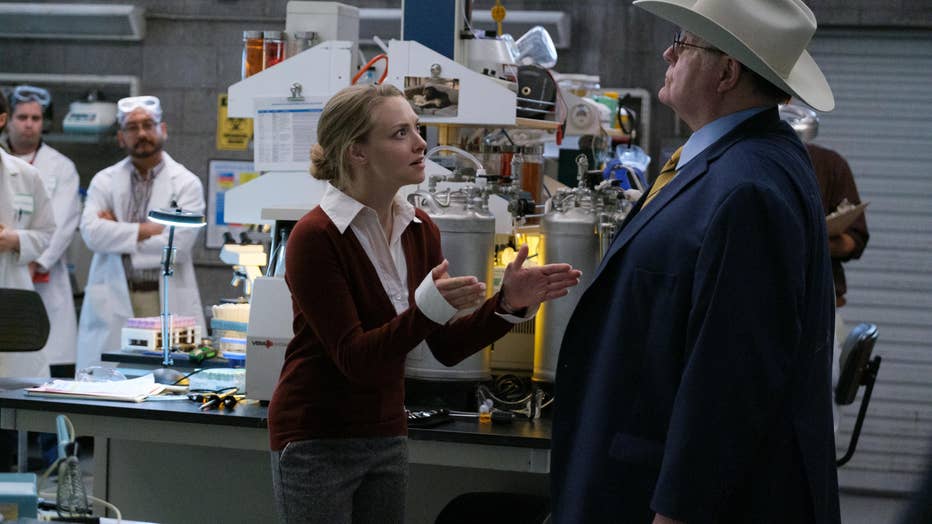 Holmes finally hits pay dirt in the show when she gets a surprise visit from legendary Silicon Valley investor Don Lucas. She can't get her analyzer to work for a demonstration (this will be a recurring theme) but convinces Lucas's "gut" to take a chance on her.

Before we know it, Holmes is on the yacht of non-other-than Oracle co-founder Larry Ellison, played by Canadian actor Hart Bochner – whom you may know as the insufferable terrorist-suck up Ellis from Die Hard. (RIP, Ellis.) There's a particularly enjoyable scene where Ellison imparts some dubious wisdom on Holmes, urging her to "get the fu--ing money." He tells her that his company's software was a mess when Oracle got its first funding.

This scene is important regardless of whether things actually happened that way. It's showing the so-called "fake it till you make it" ethos that permeates Silicon Valley and drove Holmes (who was great at the "fake it" part, but not so much the "make it" part). Theranos' failure and Holmes' prosecution was in many ways a referendum on this old way of doing business.

Holmes ends up wrangling millions in venture funding from her Series B investments in 2006, launching Theranos to the next level before its analyzers are anywhere near ready. (It happens in the series. It happened in real life).

But what we never see on screen, but learned at the trial, was Holmes told investors she expected the 2006 funding round would be the last before she planned to take the company public two years later – fat chance on that one!

Did Holmes really fake the results during Theranos’ demo for Novartis? 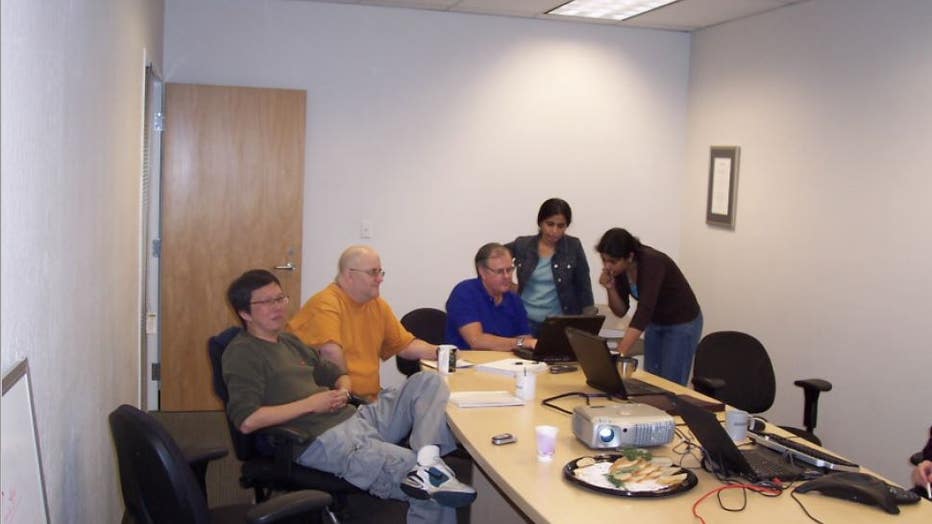 This is the real picture of Theranos team while running the first demo in November 2006. The image was attached to an email that was sent around the company and included in court exhibits during Holmes' federal fraud trial.

Episode 2 reaches its crescendo as Holmes and her team of engineers prepare to do a demonstration for pharmaceutical giant Novartis in Switzerland.

The early iteration of what will become known as the Edison analyzer has worked exactly one time in Theranos' lab. (The real picture of this moment is above from court documents). In the dramatized version, scientists Rakesh Madhava (Utkarsh Ambdukar) and Edmund Ku (James Hiroyuki Liao) find a way to prevent the blood from clotting on the analyzer cartridge and miraculously pull off a sepsis test.

But it all goes to hell when the team travels to Basel, Switzerland to try to duplicate the test for Novartis big-wigs. The machine won't work, so Holmes and Madhava decided to use the results form the earlier test to pretend the analyzer was functioning.

It will be the first of many faked tests that Holmes began regularly doing for investors who visited Theranos' Palo Alto headquarters right before they ponied up sums in the hundreds of millions. Former Theranos product manager Dan Edlin testified about the later faked tests at trial.

The scene at Novartis headquarters never came out in the trial, but according to John Carreyrou's definitive book on the downfall fo the company, "Bad Blood," Theranos executives indeed traveled to Switzerland for the ill-fated meeting.

Episode 2 closes with another scene between Balwani and Holmes after a drunken party at Theranos headquarters. He finds out she lied to Novartis and tells her not to tell anyone. It's unclear if their alleged conspiracy began this dramatically or not. But then, this is only the beginning.

EPISODE 1 - "I'M IN A HURRY": How much of 'The Dropout' is true? Episode 1 of Elizabeth Holmes mini-series