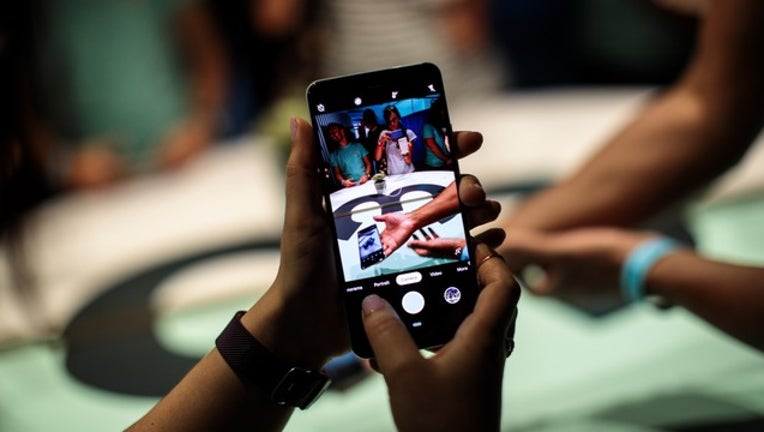 A full product spec sheet of Google's upcoming phone, the Pixel 3a was leaked a day ahead of launch on Monday. The Pixel 3 (picured here) was launched in October 2018. (Photo by Jack Taylor/Getty Images)

San Jose, Calif. (KTVU) - A steady stream of leaks have all but confirmed the specs and price of Google’s upcoming midrange Pixel phone, which is expected to be revealed at Google I/O, it’s annual developer conference on Tuesday.

Google is expected to launch two sub-$500 versions of the Pixel 3 smartphone, which was launched back in October 2018. The 5.5-inch Pixel 3 and 6.3-inch Pixel 3 XL were priced at $799 and $899 respectively, making them more expensive than some iPhones.

The full spec sheet of the Google Pixel 3a was leaked on Twitter by Roland Quandt earlier Monday. The phone has a 5.6-inch 2,220x1,080 pixel OLED display, 4 GB of RAM, 64 GB of storage, and a 3000 mAh battery. The phone is powered by a Qualcomm Snapdragon 670 chipset clocked at 2 GHz, and has a Titan M security module to protect sensitive data on the phone. Like its predecessor, it has a 12.2 megapixel rear camera, and an 8 megapixel front-facing camera. The rear camera can shoot videos at 4K resolution at 30 fps.

Connectivity options include Wi-Fi, NFC, Bluetooth 5.0, and Google Cast. The phone comes loaded with Android 9.0, and promises updates for the next three years. It also supports fast charging – offering 7 hours of usage on 15 minutes of charging, and comes with a rear fingerprint reader.

While the specs of the Pixel 3a XL haven’t leaked yet, other reports have indicated that it will be similarly specced, except for the screen size – it will have a 6-inch screen. The rumored price for the Pixel 3a is $399, while the 3a XL will be priced at $479.

Rounding up other leaks and rumors, Google is expected to reveal a smart display powered by Google Assistant called Nest Hub Max, new Google Assistant features, and the latest Android OS - Android Q. There will be many session that will dive deep into Google’s other products and initiatives – Stadia, its game streaming platform, Waymo’s progress in autonomous driving, and Wear OS, and its AR and VR initiatives. KTVU will be there live at the event to cover the latest news and developments. Stay tuned.