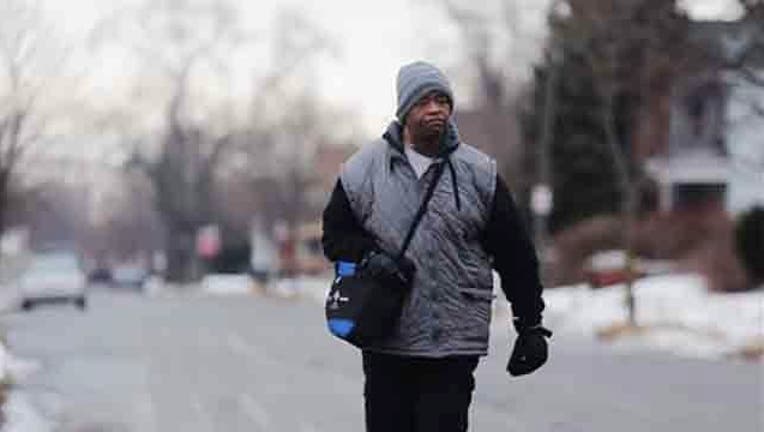 DETROIT (AP) — Hundreds of people have contributed tens of thousands of dollars to help a Detroit man who says he typically walks 21 miles to get to and from work.

The Detroit Free Press reports that James Robertson rides buses part of the way to and from his factory job in suburban Rochester Hills, but because they don't cover the whole route, he ends up walking about 8 miles before his shift starts at 2 p.m. and 13 more when it's over at 10. Lately, he's been getting occasional rides from a banker who passed him walking every day and finally asked what he was doing.

After the newspaper wrote about the 56-year-old's situation over the weekend, multiple people started crowdfunding efforts to help him buy a car and pay for insurance. Some have offered to drive him for free and others have offered to buy or give him cars.

Robertson began making the daily trek to the factory where he molds parts after his car stopped working ten years ago and bus service was cut back. He's had perfect attendance for more than 12 years.

"I set our attendance standard by this man," said Todd Wilson, plant manager at Schain Mold & Engineering. "I say, if this man can get here, walking all those miles through snow and rain, well I'll tell you, I have people in Pontiac 10 minutes away and they say they can't get here — bull!"

Evan Leedy, a 19-year-old student at Wayne State University, read the story and started a GoFundMe site with the goal of raising $5,000. As of Monday evening, he had raised more than $90,000.

Robertson said he was flattered by the attention and amazed strangers would step in to help.

Asked about a federal program newly available through Detroit's bus system that might pick him up at home and drop him off at his job, Robertson said, "I'd rather they spent that money on a 24-hour bus system, not on some little bus for me. This city needs buses going 24/7. You can tell the City Council and mayor I said that."