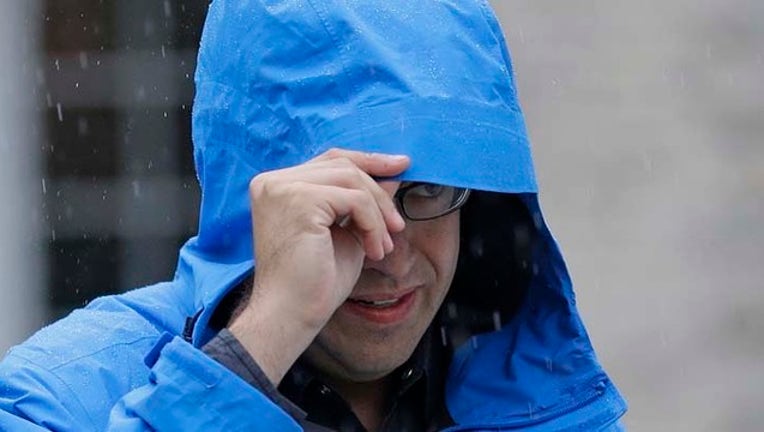 INDIANAPOLIS (AP) — Suspended Subway pitchman Jared Fogle's foundation, which encourages children to avoid the same obesity he experienced in college, faces an uncertain future following a raid at his home two months after the group's then-executive director was arrested on child pornography charges.

A phone number to the Jared Foundation Inc. was out of service and its website was down Wednesday, a day after federal and state authorities seized electronics and other items from Fogle's suburban Indianapolis home. Fogle hasn't been charged with any crime and his attorney, Ron Elberger, said the 37-year-old is cooperating with authorities "in their investigation of unspecified charges."

Following the raid, Subway suspended its relationship with Fogle, who shed 245 pounds more than 15 years ago as an Indiana University college student, in part by regularly eating the restaurant's sandwiches.

The secretary of state's office in Indiana, where the group was registered in 2004 as a nonprofit corporation, said that it had administratively dissolved the foundation in February 2012. Valerie Kroeger, a spokesman for the state agency, said that action was taken after the foundation failed to pay annual $5 reporting fees the two previous years despite being notified multiple times by the office.

"That means they're no longer registered with the state to do business," she said.

Despite the state's action, the foundation retains its tax-exempt status with the Internal Revenue Service, allowing it to receive tax-deductible contributions. According to the foundation's annual filing with the IRS in 2013, the most recent one available, the group's revenues were about $127,000 and expenses topped $148,000.

That form also showed that its "program service expenses" were about $100,000 and that $40,000 in salary was paid that year to Russell Taylor, who had been the foundation's executive director from May 2008 until shortly after his May arrest on child pornography charges.

Fogle severed ties with the 43-year-old Taylor after federal investigators said they discovered a cache of sexually explicit photos and videos Taylor allegedly produced by secretly filming minor children at his home.

Taylor had overseen the operations of the foundation, through which Fogle has visited schools across the nation urging children to adopt healthy eating and exercise habits. The foundation's website, before it was disabled, had described the group's mission as "to eliminate childhood obesity by raising awareness and developing programs that educate and inspire kids to live healthier, happier lives."

Tim Horty, a spokesman for the U.S. attorney's office in Indianapolis, said prosecutors "are moving forward" with the case against Taylor, who is currently in federal custody. He and the FBI declined to comment on the raid Tuesday at Fogle's home.

Taylor's attorney, Brad Banks, said he did not know how Taylor and Fogle had met but said the "primary basis of their relationship" was Taylor's former employment with the Jared Foundation.

In 2011, that foundation endorsed the Coordinated Approach To Child Health, or CATCH, a group developed by a consortium of universities that calls itself a leader in childhood obesity prevention and education. But CATCH spokeswoman Shermayne Crawford said the group and the Jared Foundation had "mutually agreed to suspend the relationship" following Taylor's arrest.

A criminal complaint filed against Taylor states that a woman identified only as "Jane Doe" contacted Indiana State Police last September, telling an officer that Taylor had offered "to send her images or videos of young girls through text messages." The complaint states that Taylor "made this offer during a series of text messages that included discussions of sexual matters, including bestiality and sadistic or masochistic abuse."

Fogle's work in schools, where he has told kids about his weight struggles and how they can avoid obesity helped with the larger mission of drawing attention to the factors behind childhood obesity, said Victor Coleman, director of the Childhood Obesity Prevention Coalition in Seattle.

Coleman said he hopes the raid at Fogle's home doesn't "taint" his childhood obesity work, but he said that could change if he were to eventually face criminal charges.