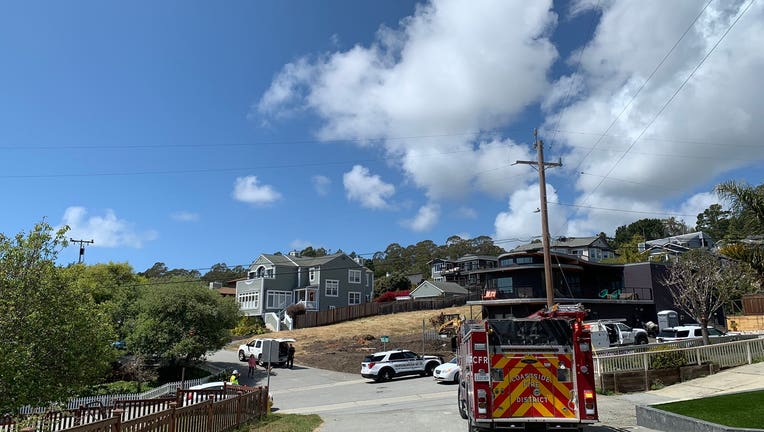 Firefighters ordered some residents to evacuate after a construction crew struck a gas pipe in El Granada on May 9, 2022. Photo by Cal Fire CZU. (KTVU FOX 2)

Construction workers struck a gas pipe in El Granada prompting authorities to order some nearby residents to evacuate while others were told to shelter in place.

Residents of "dozens of homes" were told to shelter in place, according to Cal Fire CZU, while "17 homes close to site were evacuated."

Multiple roads were closed in the area, but were reopened around 4:40 p.m.