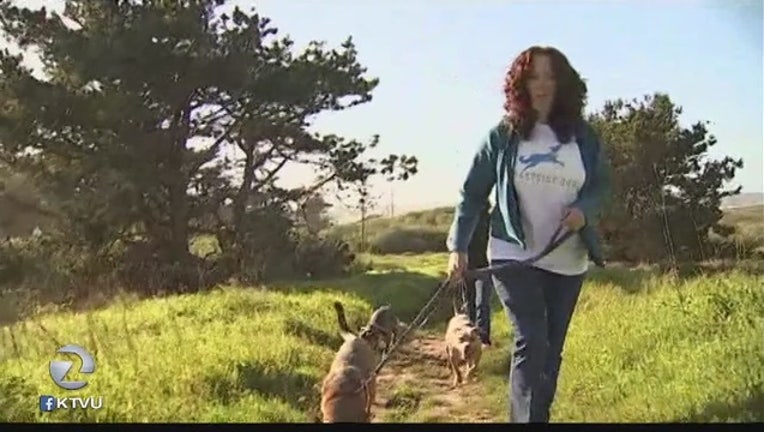 SAN FRANCISCO (BCN)— Dog owners fighting proposed limits on dog walking in the Golden Gate National Recreation Area have filed a federal lawsuit in San Francisco against the National Park Service seeking to force the agency to release data on dog walking and its impacts in the park.

The Freedom of Information Act lawsuit filed Tuesday by Save Our Recreation and several dog owner groups alleges that the park service has been "slow walking" its response to the groups' request for data until after the public comment period has closed on proposed changes to rules on dog walking in the GGNRA.

The National Park Service is proposing changes that would designate 22 locations for dog walking within the GGNRA, seven of which would allow off-leash dogs. Park officials have described the plan as "dog-friendly," and said it is intended to balance the needs of different park users, protect natural and cultural resources including wildlife, and increase public safety.

Dog owner groups have said that only about 1 percent of the GGNRA is currently available to dogs. The proposal would further reduce overall dog access by about 46 percent, and off-leash access by around 90 percent, according to Sally Stephens with the San Francisco Dog Owners Group.

"The real issue in all this is the loss of off-leash," Stephens said. "Many of the areas that are currently off-leash will go from off-leash to no dogs at all."

The lawsuit filed this week is intended to force the park service to hand over the data on which it is basing its proposal, including the number of dog walkers using GGNRA parks and evidence of their impacts, before the public comment period on the proposed rule changes ends on May 25, according to attorney Chris Carr.

The groups first filed a Freedom of Information request in July of last year, but the agency has repeatedly put them off and failed to meet deadlines, the lawsuit alleges.

"We need those documents to be able to participate meaningfully in the public comment for the dog rule," Carr said.

The proposed dog rules have drawn widespread public criticism from dog owners. Elected officials including the San Francisco Board of
Supervisors have weighed in against them, with San Francisco city officials arguing that restrictions in the GGNRA will mean more dogs in already busy city parks.

A spokesperson for the National Park Service said the agency could not comment on pending legal action.