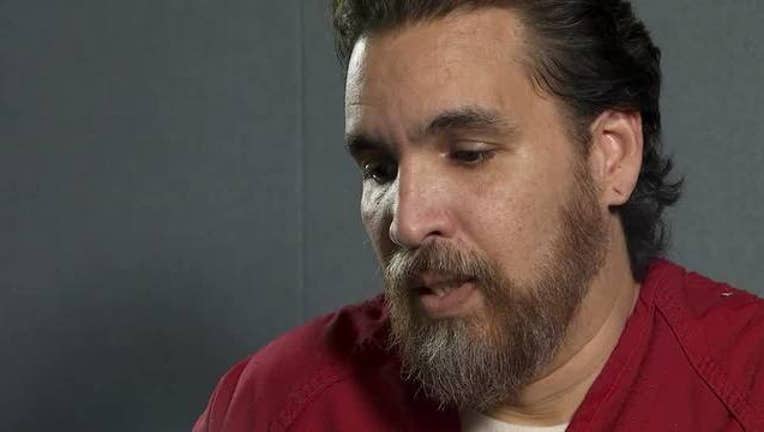 OAKLAND, Calif. (BCN) - Ghost Ship warehouse master tenant Derick Almena has filed two separate motions to dismiss the 36 counts of involuntary manslaughter he faces for his role in a fire at the warehouse in December 2016 that killed 36 people.

Almena, 47, and Ghost Ship creative director Max Harris, 28, who are charged with the same offenses, face up to 39 years in state prison if they're convicted. Their trial tentatively is scheduled to begin on July 16.

One of Almena's motions, which were filed by defense lawyer Tony Serra, alleges that prosecutors can't say that Almena is negligent because they don't even know how the deadly fire started.

The motion also says Oakland city officials gave Almena the impression that there weren't any safety problems as the warehouse, where about 25 people, most of them artists, lived even though it didn't have a permit for residential use and was cluttered with artwork, woodwork, RVs, trailers and other items.

Serra wrote that Almena "was ignorant as to the true state of the facts" and "was never placed on notice of any defect, problem or illegality with the Ghost Ship."

Serra said, "City officials 'looked the other way' and actively decided not to take any action to thwart the community living because they found it an awesome and beautiful display of culture and community, they enjoyed and visited the Ghost Ship and the Fire Department even enjoyed a music event at the Ghost Ship."

Serra wrote, "It is indisputable that the Fire Department, the Police Department and (Alameda County) Child Protective Services gave Almena the 'green light' to occupy the premises as they saw he was creating."

In addition, Serra said the evidence prosecutors presented at a preliminary hearing for Almena and Harris late last year did not establish that any act or omission by Almena caused the fire and prosecution experts admit that the fire could have been caused by arson, self-combustion, a
defective transformer at an auto body shop next door, or a fight that knocked over a candle.

The second motion to dismiss the charges alleges that potentially exonerating evidence was destroyed, lost or altered under the watch of the Alameda County District Attorney's Office.

Serra wrote, "There is universal agreement amongst the fire experts that those lost or destroyed materials were necessary to examine to ascertain the cause and origin of the fire."

Serra said if the materials had been properly preserved, "Almena may not have been charged, or, at minimum, would have defenses not now available to him."

Serra said it's too late at this point to remedy the situation and, "The only just sanction for the governmental breach of duty and irresponsible behavior is dismissal."

A hearing on Almena's motions to dismiss the charges is scheduled for May 11.

The District Attorney's Office declined to comment on the motions today.

At the end of the preliminary hearing for Almena and Harris last December, Alameda County Superior Court Judge Jeffrey Horner described the warehouse as "a death trap."

Horner said, "There is very strong evidence" that Almena and Harris were responsible for the dangerous conditions at the warehouse, which also was known as the Satya Yuga collective.