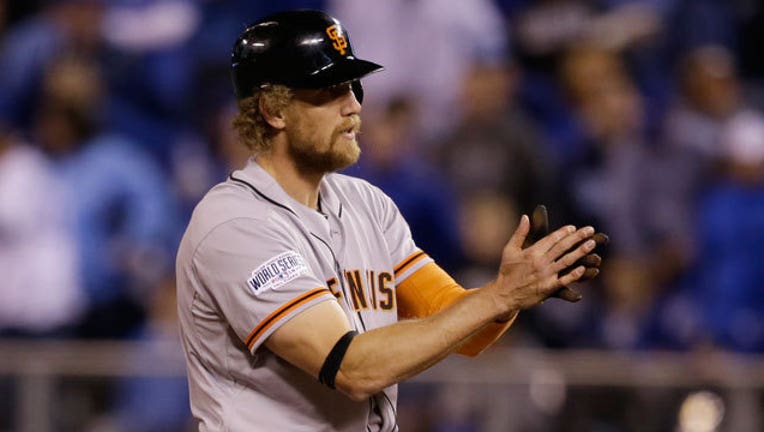 SCOTTSDALE, Ariz. (AP) — San Francisco outfielder Hunter Pence broke his left forearm and will be sidelined six to eight weeks after being hit by a pitch in the sixth inning of the Giants' 8-6 victory over a Chicago Cubs split-squad Thursday.

One of the clubhouse leaders for the World Series champions, the quirky Pence has played in 383 straight games — the longest active streak in the majors — since the Giants traded for him in July 2012. He hit .277 with 20 homers and 74 RBIs last year.

He was hit by a pitch from the Cubs' Corey Black and went to first base before being removed for a pinch runner.

"It didn't look good," Giants manager Bruce Bochy said. "You hate to see it but these things do happen. Guys work so hard to get ready."

X-rays showed Pence has a non-displaced fracture in his left forearm.

X-rays showed Pence has a non-displaced fracture in his left forearm.