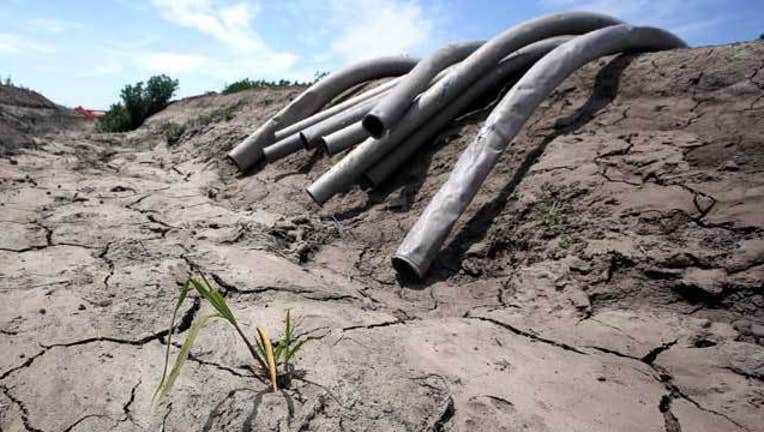 RANCHO SANTA MARGARITA, Calif. (AP) — Billboards and TV commercials, living room visits, guess-your-water-use booths, and awards for water stinginess — a wealthy swath of Orange County that once had one of the worst records for water conservation in drought-stricken California is turning things around, proving it's possible to get people to change their ways.

The 154,000-customer Santa Margarita Water District cut its water use 18 percent in May, compared with a pitiful 3 percent in the previous 11 months, state officials announced this week.

The agency achieved it by, among other things, holding small meetings in people's homes, knocking on 2,000 doors, plastering the city with save-water billboards, conspicuously honoring its most frugal citizens, and rushing to get an innovative runoff recycling system up and running earlier than planned.

The agency also offers rebates for ripping up grass and installing low-flow toilets, more efficient washing machines and drip irrigation systems, and it has put aside $30 million for capital improvements with the goal of increasing the use of recycled water to 30 percent from 17 percent.

The savings prove that Californians can conserve water when pressed and when they understand what is at stake, said Jonathan Volzke, district spokesman. That message is even stronger in Santa Margarita, where the district did not use any rate increases, fines or penalties against water wasters, he said.

"Face-to-face is the most effective," he said. "We're trying everything we can to keep this issue in front of customers, and we think they're responding well."

With California gripped by one of the most punishing droughts on record — a dry spell going on four years — state officials have ordered a 25 percent overall cut in urban consumption of drinkable water and have set different targets for cities and water agencies. The target for Santa Margarita is 24 percent.

On Wednesday, state officials proudly reported that California cities and water districts overall cut consumption 29 percent in May, the highest yet recorded during the drought.

In Santa Margarita, they already know their June saving rate — 28 percent — though the state won't release figures for another month.

The Santa Margarita district, which includes such cities as San Clemente and Mission Viejo, imports all its drinking water from the Colorado River more than 300 miles away. It has no groundwater and no local water source of its own.

Officials with the water agency have spent weekends knocking on 2,000 doors and speaking directly with homeowners. They also held informal "living room dialogues" with customers in Coto de Caza, a completely gated city-within-a-city with a concentration of wealth and plenty of lush green lawns.

They have started a Water Hero award for the top water-saving customers. Winners are honored at the water district's meeting and receive a glass plaque along with a sign to put in their yard.

The district also sets up a Guess Your Gallons booth outside coffee shops, at parades and at other events. Residents are asked to estimate their water use, and then the water district looks up their actual consumption and compares it with that of other houses of similar size.

"It's a behavior change. That's a challenge for everyone, and I think we're doing a good job so far, but we have to work to uphold this," said Rich Kissee, the district's operations manager.

These efforts were helped by an innovative man-made reservoir that went into operation in May, just as district officials were beginning to crack down on water waste.

The reservoir collects runoff from a major housing development that had been irrigating with drinking water, filters the water through a series of four pools and then pumps it back uphill to the gated community.

The system is saving about 300 acre-feet of water a year, and that could reach 750 acre-feet a year, Kissee said. An acre-foot is enough water to cover an acre to a depth of 1 foot.

One resident who bought into the plan early on is Gabrielle Botoseanu, a property manager at a 149-unit complex. She ripped up 3,900 square feet of grass and planted drought-tolerant landscaping using $90,000 in water district rebates for turf removal. She has seen the complex's water bill cut in half.

For her efforts, she received a Water Hero plaque.

"I'm so grateful, you just don't know," she said of the award. "I saw the way things were going and started early."